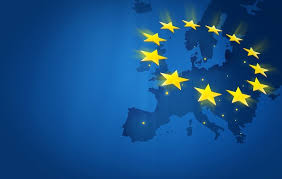 The European Union could impose tariffs on the United States and other rivals if they refuse to settle trade disputes after the crippling of the World Trade Organization (WTO).

The European Commission, which coordinates trade policy for the 28-member bloc, proposed on Thursday changes to an existing law that it has already used to curb imports of steel after U.S. tariffs effectively closed the U.S. market in 2018.

The proposals are the European Union’s latest response to a crisis at the WTO, which the bloc has relied upon for 25 years to intervene in trade conflicts.

The WTO’s Appellate Body, which has acted as a supreme court for international disputes, became paralyzed this week, after the Trump administration’s blocking of new appointments for the past two years meant its membership fell below the quorum necessary to make new rulings when two members’ terms expired.

With no functioning Appellate Body, any party to a dispute unhappy with the finding of a three-person WTO panel would now appeal into a void, leaving the case in limbo.

The European Commission has forged agreements with Canada and Norway to allow appeals to go before former Appellate Body members, which is allowed under WTO rules, and wants to sign up other countries with which it has more active disputes.

Thursday’s proposal goes further. If the EU won a panel ruling but its trading counterpart refused to allow an effective appeal, the European Union would calculate damages in the form of quotas and tariffs. Normally this is done by a WTO panel.

The EU is awaiting panel rulings in cases against Russia, China and the United States, including over the U.S. metals tariffs, and has lodged complaints this year against Colombia, India, Indonesia and Turkey.

The EU proposal is designed to mirror the current WTO system, which allows retaliation, such as the U.S. tariffs imposed over subsidies given to European planemaker Airbus and which the EU hopes to be awarded over a parallel case against Boeing.

The system could also be used in complaints against countries with which the European Union has free trade agreements – such as disputes with Ukraine over wood exports and with South Africa over poultry. These would normally be settled by arbitrators.