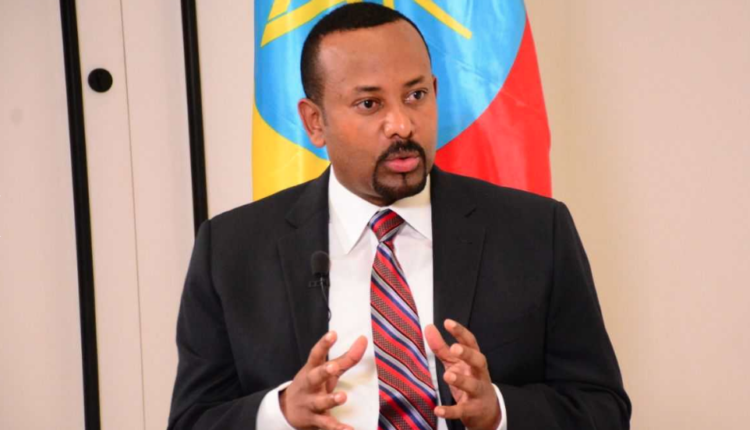 The Government of Ethiopia has announced that it has received awareness materials from the Economic Commission for Africa and the United Nation Communications Group contributed to help the country in its fight against the deadly coronavirus.

It explained that the materials which include over 40000 flyers and brochures were printed for distribution by relevant government entities with topics including emergency preparedness and response, the disease and its conditions, healthy living and safety, among others, would be handy to ensure ordinary citizens have access to timely and accurate information that would aid the government in its bid to  fight the global pestilence.

Receiving the materials, Ethiopia’s Transport Minister, Dagmawit Moges, explained that the government had put up measures like setting up special task force on the fight against the novel virus in the country, adding that the arrival of the materials would help sensitize the people and bring about the needed awareness to the doorstep of the common man in understanding health threats posed by the novel virus.

Moges, through a tweet on her verified Twitter handle said the government had, in partnership with the World Health Organisation, United Nation agencies and relevant private sector, been implementing measures aimed at providing the citizens need awareness on prevention and importance of personal hygiene with the health ministry providing regular updates on all media, including through megaphones and in sign language.

She announced that the country is also in partnership with the Jack Ma Foundation and other partners to help distribute corona virus testing kits, masks, face shields, and protective suits to the 54 countries on the continent, adding that with such partnership and citizens cooperation, Africa will soon win the fight against the deadly virus.

The Minister however thanked the ECA team led by its Executive Secretary, Vera Songwe, for helping the country in its time of need by providing the government with the informative brochures which will help in great measures by educating and informing the common man about danger of the virus, adding that the Ethiopia government would stop at nothing in contributing its quota as the world continues the fight against coronavirus.

“I look forward to joining forces to utilize our collective capacity towards combating this pandemic,” she said on Twitter.

Speaking on the materials delivery, Chief of Conference Management Section at the ECA, Ali Todaro, said the power of information and how it could help save the country if available to the ordinary citizens had necessitated the distribution of the materials in the country, adding that the UN is also working frantically to help countries around the world in the fight against the pestilence.

“We are honoured to partner with the Ethiopian Public Health Institute and the Ministry of Transport during this time of crisis. The UN is working around the world to tackle the COVID-19 outbreak. We recognize that a positive outcome is only possible if the ordinary person is fully informed,” he said.

On his part, Chief of ECA’s Printing and Publishing Unit, Charles Ndungu, said the team had high hopes that the flyers and pamphlets will augment the government efforts in ensuring people take coronavirus seriously by protecting themselves, their families and colleagues.

“Every time one places a call in Ethiopia, they get an educational message about coronavirus prevention. But we all know that is not enough because not everyone has a cell phone. The ECA is happy to be playing its small part in this massive fight against the deadly virus that is set change our world as we know it, if we do not act fast.” he said.