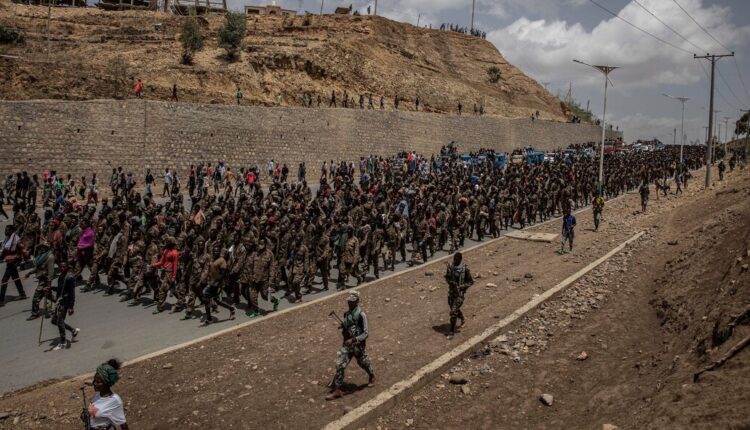 The Ethiopian Government has disclosed that the country may begin recruiting voluntary citizens to join the nation’s armed forces in the ongoing fight against terrorism, particularly rebellion forces seeking to tear the country apart.

Towards securing the country, the government on Tuesday urged citizens to join the fight against resurgent Tigrayan forces now pushing beyond their own region in a nine-month-old war that has sparked a major refugee crisis.

The government explained that the move had become imperative to augment the armed forces’ efforts in protecting the nation’s territorial integrity from internal and external aggression, particularly from the Tigrayn forces.

The call to arms was contained in a statement issued on Tuesday from the office of Prime Minister Abiy Ahmed: “Now is the right time for all capable Ethiopians who are of age to join the Defence Forces, Special Forces and militias to show your patriotism.”

The statement came six weeks after the government declared a unilateral ceasefire in the northern region of Tigray on the day Tigrayan forces retook the regional capital Mekelle, in a sharp reversal after eight months of conflict. read more

War broke out in November between federal troops and forces from the Tigray People’s Liberation Front, which ruled Ethiopia for three decades and now controls Tigray. Fighting has forced more than two million people from their homes, and more than 50,000 people have fled into neighbouring Sudan.

After retaking control of most of Tigray in late June and early July, Tigrayan forces have pushed into the adjoining Afar and Amhara regions, capturing the United Nations World Heritage site of Lalibela last week. This new fighting has displaced more than 250,000 people in Afar and Amhara, the U.N. aid chief said last week.