Our teams have been deployed to communities under robbery… 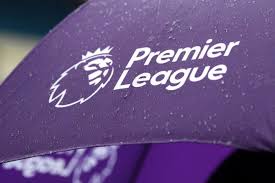 The English Premier League (EPL) disclosed that it has received a total of six positive coronavirus tests, being part of the 748 Covid-19 assessments carried out on club staff and players ahead of the re-opening of training activities.

It said that the positive results were received from the first phase of mass testing and that the newly confirmed patients belonged to three major clubs within the league.

The EPL confirmed the test results through a statement released on Tuesday and noted that the affected clubs and individuals would not be disclosed for data protection purposes.

It stated that the affected persons would, however, be mandated to self-isolate for seven days, during which the patients would not be allowed to participate in the club training activities.

The league revealed that a second phase of the coronavirus mass testing would be conducted later during the week and that the results for the Covid-19 assessments would be published on Saturday, May 23, 2020.

“The Premier League can today confirm that on Sunday, May 17 and Monday, May 18, 748 players and club staff were tested for COVID-19,”

“The Premier League is providing this aggregated information for the purposes of competition integrity and transparency. No specific details as to clubs or individuals will be provided by the League and results will be made public in this way after each round of testing.”

Journalists, medical doctors, others not exempted from curfew- IGP