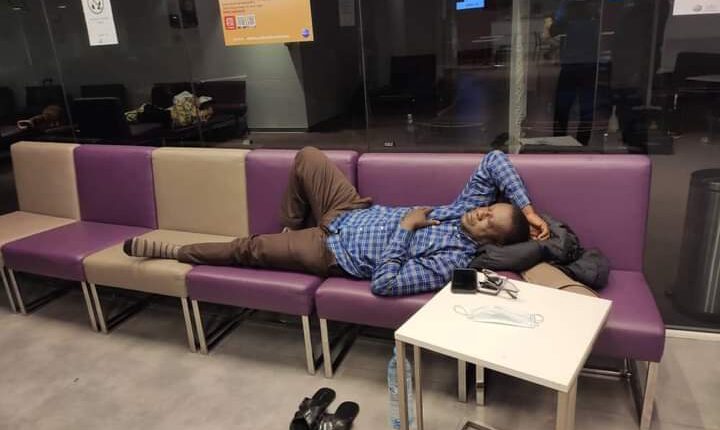 The players and technical crew members from one of Nigeria’s representatives at the 2021 Confederation of African Football (CAF) Confederation Cup, Enyimba, have become stranded at the Casablanca Airport in Morocco after they were denied entry into Tunisia, the venue of their match against Al Ittihad of Lybia.

Over 24 hours after the team arrived at the Casablanca Airport, the team fate still hang in the balance as to whether the Tunisian authority would hand them access to their country visa or not.

As gathered on Friday, the players and members of the technical crew have resolved to sleep at the airport pending when the Tunisian Government would be ready to either grant them access or CAF postpone the game to another country.

Before their arrival in Morocco, the team began the journey from the Murtala Mohammed International Airport, Lagos, in the early hours of yesterday and were to transit in Casablanca before linking Libya where they believed the match against one of the country’s clubs, Al Ittihad, would hold.

But on arrival, the team was informed that the venue for the match had been changed and that they would have to cancel their flight to Libya and book another heading to Tunis, the Tunisian capital.

The trouble finally started after the team approached the Tunisian government, the team was informed that access to the country would only be granted if every member of the delegation could provide proof of Covid-19 vaccination.

And efforts were made by the club and the Nigerian embassy in Tunisia to get special waivers from the Tunisian government, but their requests were turned down. 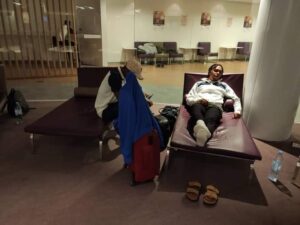 The only other available option was for the team to quarantine in Tunisia for seven-day, but with the match scheduled for Sunday, that is not even a possibility.

As a result, the team spent the whole of Thursday at the Muhammed V International Airport in Casablanca, without food and in the cold as their Moroccan transit visas would not let them go into the city.

It was learnt that neither CAF nor Al Ittihad informed Enyimba ahead of time that the game would be played in Tunisia, and neither responded to the club’s series of letters requesting the match venue.

A check after showed that CAF confirmed the new venue and date of the match, saying the First Leg of the Additional 2nd Preliminary Round of the TotalEnergies CAF Confederation Cup 2021/22 will be played on Sunday 28 November 2021 across the continent.