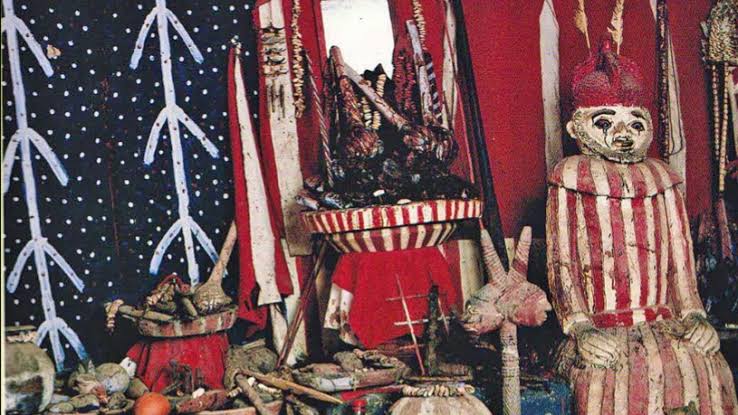 A native doctor, Simon Odo, popularly known as ‘King of Satan’ who married 59 wives with over 300 children and grandchildren is dead

The late Odo, who hailed from Aji in Igbo-Eze North Local Government Area of Enugu State, died in the early hours of Tuesday after a brief illness.

Confirming the development in their family house, one of the deceased’s son, Emeka Odo, said that the father died at the age of 74.

Odo said that burial arrangement for his father was already in progress in compliance with his father’s instruction to the wives and children that his remains should not be deposited in mortuary when confirmed dead, but should be buried as soon as possible.

“Yes my father popularly known as King of Satan is dead; he died on Tuesday’s morning as he had been sick for the past three weeks.

“We are having family meeting to perfect arrangement for his burial since he instructed us not to put his body in mortuary,” he said.

He lamented that the death of his father was a big blow as he had a loving and caring father in spite of the large number of family members.

“Since this morning my father died, kinsmen, friends and well-wishers have been trooping in shock and surprise to come and sympathise with our family,” he said.

JUST IN: UK lifts travel ban on Nigeria, 10 others