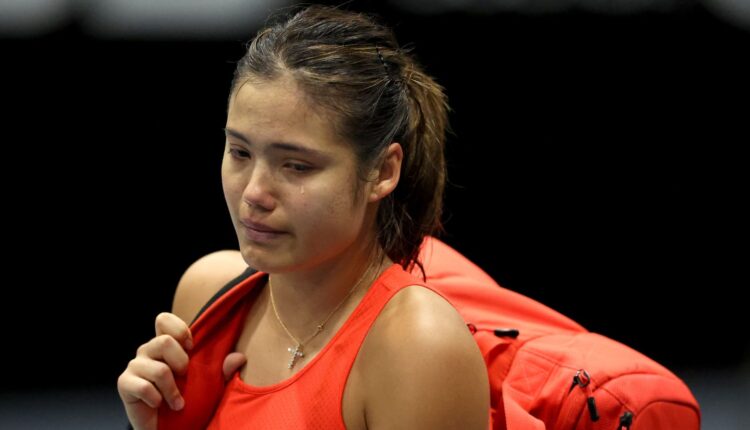 England’s top tennis player, Emma Raducanu, has been forced to exit the ASB Classic tournament in tears after sustaining an ankle injury, less than two weeks before the Australian Open kick-off.

The Briton had breezed through the first set of the last-16 tie against Slovakia’s Viktoria Kuzmova, winning 6-0 in just over 20 minutes, but as she tried to cement her superiority, injury crip in and she left in tears.

Before leaving the court, Raducanu faced far more of a challenge in the second set, and received treatment on her left ankle near the end of it, before pulling out in tears at the start of the third set.

She had been broken at 2-2 and fell 4-2 behind in the second set, but broke back in the 10th game of the set to level things at 5-5. The Briton was broken again in the very next game, however, before going on to lose the second set 7-5.

During the match, Raducanu summoned the trainer courtside to heavily strap her left ankle in a long medical timeout, raising concerns about his ability to continue the game.

She attempted to play but was not able to complete the first game of the third set, acknowledging she could not continue the game anymore.

Kuzmova, who played against Raducanu, will face Montenegro’s Danka Kovinic in the quarter-finals, after the latter defeated American player, Lauren Davis, in three sets 4-6 6-3 6-2 to progress.

Raducanu was marked as one of tennis’ hottest stars when she won the US Open in 2021. Her career since has been dogged by injuries. She retired from matches four times in 2022 and most recently has had to contend with a wrist injury.