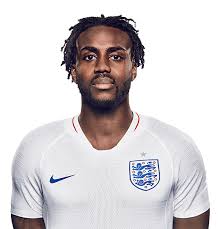 In preparation for upcoming English Premier League (EPL), Watfords has confirmed the signing of England left-back, Danny Rose, to bolstered their ranks after gaining promotion from the championship.

The 30-year-old left-back joins the the Hornets, another name for Watfords, on a free transfer and has penned a two-year deal to assist the club remain in EPL and possibly lift the lucrative trophy.

The attack-minded left-back, whose arrival was confirmed by the club in a statement on Wednesday, chose Watfords, the club he made seven appearance for during a short loan stint, after becoming a free agent following expiration of his contract at Tottenham this summer.

Before leaving Tottenham, the defender made 214 appearances for Spurs and earning 29 caps in the process for the country’s national team, contributing to the team’s qualifications to different tournaments.

But Rose was frozen out in recent season and infamously was filmed having a frank conversation with former boss, Jose Mourinho, during their Amazon Prime documentary last year.

Rose did not make a single appearance for Spurs last season with his final game for the club in the home defeat to Liverpool in January 2020.

The defender, who made 13 appearances on loan at Newcastle in the second half of the 2019-20 season, is joining the team after a season in the Championship, having finished second behind Norwich City in the 2020-21 campaign.