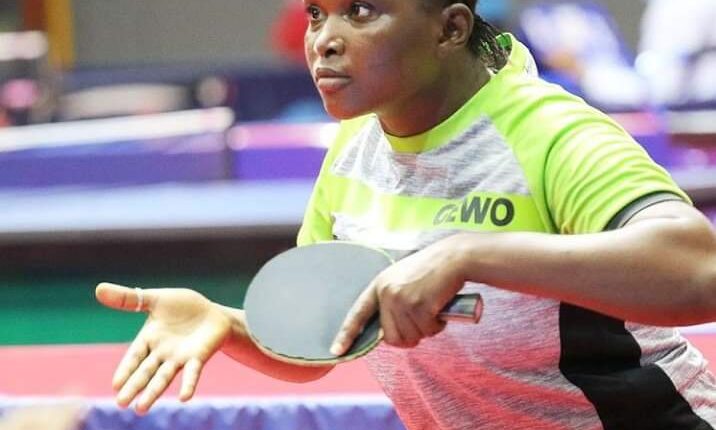 Hopes of the Nigerian winning a medal in the female table tennis team category at the ongoing Commonwealth games in Birminghan, England has ended after its team was defeated 3-2 by the host to progress to the quarterfinals stage.

The Nigerian trio of Ajoke Ojomu, Offiong Edem, and Fatima Bello were defeated by their English opponent that filled Charlotte Bardsley, Maria Tsaptsinos and Tin-Tin Ho for the encounter.

During the game played on Saturday, the Nigerian team could not progress to the next stage of the tournament after falling short by 2 points in the last singles match between Ajoke Ojomu and Charlotte Bardsley which ended 2-3.

The match lasted for several minutes with players from both teams displaying skills to ensure that they outsmart the other for their country to progress to the quarterfinals of women’s Table Tennis team event.

The game started with the doubles and the Nigerian team presented Fatima Bello and Offiong Edem while the host handed bats to Charlotte Bardsley and Maria Tsaptsinos. And the game ended 0-3.

At the first set, the Nigerian team lost 6 -11, and 8- 11 and its efforts to reduce the deficit during the third set of the doubles game was twalted by their opponent who ensured that the game ended 12 -14 in their favour. 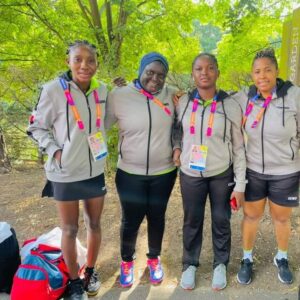 The fourth singles game, meanwhile, ended the Nigerian team’s dream of progressing to the next round after Charlotte Bardsley twarted all tricks and skills Ajoke Ojomu introduced, ensuring that the game ended 3-2  (11 -6, 7 -11, 8 – 11, 11 -3, 9 -11) and the host booked a slot in the next round.

Obidient movement and its ethno-religious colouration