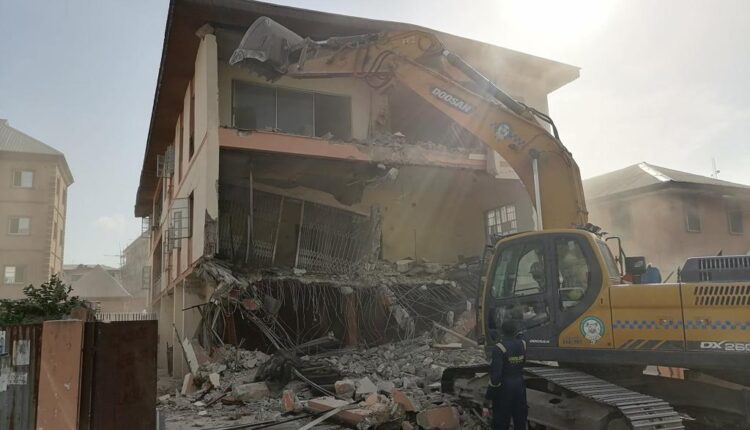 An enforcement and monitoring team in charge of buildings and structures in Lagos, Lagos State Building Control Agency (LASBCA), has pulled down a 2-storey building which was proved to be highly distressed and not safe for occupants.

It explained that the action was taken after all elements of the building situated at 81 Bola Street Ebutte Metta East, can no longer sustain the weight of the building.

It was gathered that the demolished building was considered a threat to the security of lives of the occupants and that such informed the decision of the government to take down the property.

LASBCA General Manager, Gbolahan Oki, told our correspondent that the two-floor structure had been previously identified, marked for demolition, and all the occupants were evacuated before the demolition on Friday.

Oki maintained that the owner and occupants of the affected house complied with the enforcement team after been served with contravention and demolition notices earlier this year.

Speaking to The Guild earlier on Friday, Oki said that the demolition of the building became necessary due to concerns raised by residents living around the area.

The GM said that the action was in line with the state Governor, Babajide Sanwo-Olu’s priority to safeguard the lives and properties of all Lagosians.

The Guild later learned that there are several distressed buildings that the enforcement and monitoring team would pull down as removal was still ongoing.