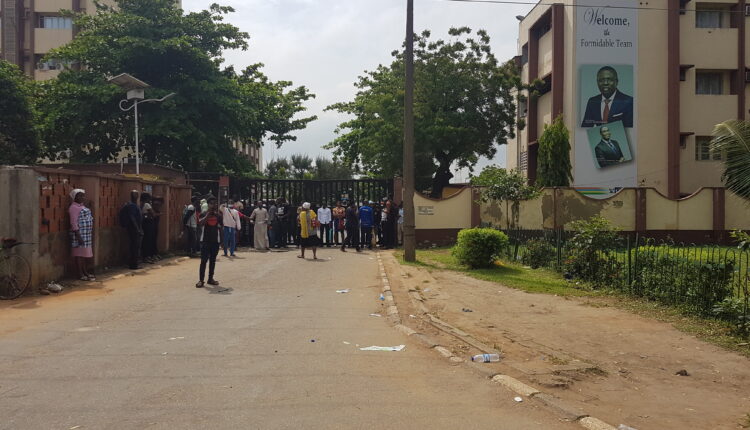 Protest against police brutality and end to extra-judicial killings by Special Anti-Robbery Squad (SARS) unit of Nigeria Police Force took a different turn on Monday as entrances to Lagos State Secretariat, Alausa, were put under lock and keys by protesters in the state.

Youths across the state on Monday returned to the streets, mounting roadblocks on roads and laid siege at public places in Lagos State, including the Secretariat, a development which left civil servants who had already settled down for the day’s work stranded behind locked gates.

Workers who are resuming for works across government offices in the secretariat were turned back by protesters seeking police reformation and end to police brutality in the country.

Also, roads leading to the secretariat, including the Central Business District (CBD) were block by protesters, a development which led to an early morning gridlock on roads including Agidingbi, First Gate, Wemco, Ogunusi, Ogba, Agege among others.

The road block and accompanying gridlock forced many commuters and motorists to spend several man-hours on the road, and seas of others were seen trekking while motorcycle operators, popularly known as ‘Okada’ earlier banned from highways, were seen doing brisk business by moving people to their desired destination within Ikeja axis with high fares.