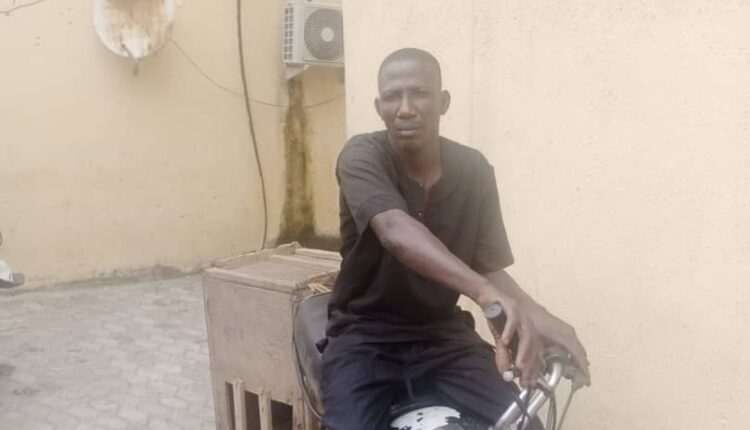 The Nigeria Police Force (NPF) Lagos State Command has disclosed that it has arrested and placed under detention one Yusuf Saliu, for stealing a motorcycle from one of the police divisions in Lagos.

As stated, the suspect was arrested for possessing one of the suspected stolen motorcycles at the Dalemo Police Post during the October 2020 violent Endsars protest in Lagos State.

It was learnt that the 32-years-old Saliu, who disguised as members of youth movement protesting against brutality and reform of Nigerian police last October, was arrested by police operatives attached to Mushin Division at Daleko Area, Mushin, with the motorcycles.

Confirming the arrest, the state’s police commissioner, CP Hakeem Odumosu, said that the suspect was arrested on Monday at about 9.30 pm, after intelligence reports on the activities and involvement of the suspect in the vandalization of the Daleko Police Post.

According to him, the suspect was also seen riding the said bike with Reg No. APP 476 Q in the area without remorse.

“The said bike has been recovered and the matter has been transferred to the Command’s Special Squad for further investigation,” the commissioner was quoted as saying in a statement released to newsmen by the command’s spokesman, Muyiwa Adejobi.

Odumosu, however, reiterated the command’s readiness to work with the members of the public on sharing useful information and exchange ideas that would assist the command in combating crimes and criminality in Lagos State.