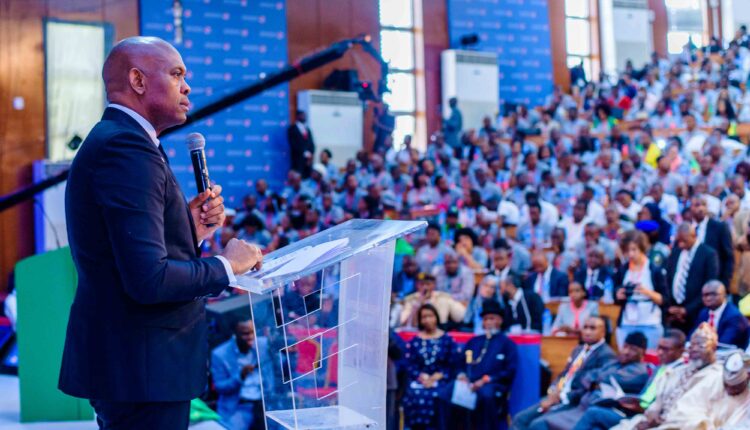 In a bid to meet youth engagement for global action mandate, the Tony Elumelu Foundation (TEF) has called on governments and stakeholders to bring up policies favorable to the youth population, empowerment and create jobs through entrepreneurship.

It explained that the policies, empowerment, and job creations were tools needed to achieve a sustainable future and place Africa on its rightful positions among committee of continents, stressing that the need to invest in Africa’s future cannot be overemphasized.

The TEF CEO, Ifeyinwa Ugochukwu, said that without favorable policies and government’s commitment, the role of African entrepreneurs in pushing for sustainable development would be a herculean task.

Speaking during the International Youth Day commemoration themed “Investing in Africa’s Future: Youth Empowerment through Entrepreneurship” organized by TEF, Ugochukwu noted that there was need to examine the critical role of the youth in igniting their potential, population, and influence to create mechanisms for sustainable development across the continent.

Furthermore, she drew attention to the plight of startup African entrepreneurs during the pandemic while highlighting the importance of SMEs, especially during this period.

“The SMEs are the major contributors to African economies. We must not underestimate the level of disruption and uncertainty that young people all over the world have faced as a result of the COVID-19 pandemic in Africa,”

Ifeyinwa, however, emphasized the need to empower the youth to tackle the menace of poverty on the continent.

Also speaking, the Acting VP Agriculture, Human, and Social Development, African Development Bank, Wambui Gichuri, said that it had become imperative for government and policymakers to do whatever it takes in empowering youth as they are the continent’s future.

“Entrepreneurship is an essential part of Africa’s employment challenge and it is where we have to put our focus as a multilateral development bank,” she said.

“That was a very exciting partnership and we feel this should be the way forward if we are going to create jobs on the continent,” she said.

Speaking on incorporating the youth into policymaking decisions, the Global President, AISEC, Alexandra Robinson stated “I advocate for any policy that involves young people as co-owners of the policymaking process. I really believe that when young people are given co-ownership of the table, not just invited to someone else’s, they are able to have those meaningful conversations,”