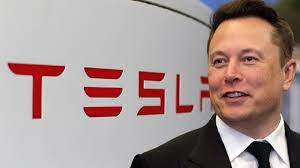 The chief executive officer of Tesla, Elon Musk, has sold 10 percent of his company’s shares worth about $5 billion, as part of the effort to cover his tax obligations after exercising the options on a large tranche of his stock.

Musk’s decision followed a political debate as to whether the richest Americas should be taxed based on their wealth or income and the poll had 58 percent of them were said to be in agreement.

The entrepreneur, before embarking on the move yesterday, had recently asked his 63 million followers on one of his social media handles whether he should sell 10 percent of his shares, and the response was that the shares should be put up.

As gathered, Musk had put a plan in place in September to sell shares when buying options. He holds more than 20 million stock options, worth nearly $30 billion, that expire in August.

Many of those options are unlikely to qualify for preferential tax treatment, meaning he could owe billions of dollars in taxes if he exercises all of them.

Tesla’s stock slid 16 percent in the two days of trading after his Twitter post, though it gained 4.3 percent on Wednesday before he disclosed his trades. Tesla’s shares were up in aftermarket trading following the sales.