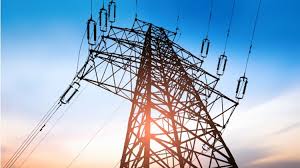 The Nigerian Power Consumers Forum (NPCF) has faulted the dismissal of the Managing Director, Transmission Company of Nigeria (TCN), Usman Mohammed, saying that the summary removal from office could jeopardize the nation’s chances at securing the $1.661 billion foreign donor fund, which the company had attracted in order to expand power transmission to 20,000 megawatts within the country.

It said that Mohammed’s dismissal by the Minister of Power, Engr. Sale Mamman was arbitrarily conducted in a manner that was not in line with due processes for the sanction of agency heads in the country and called on the Federal Government to reinstate the sacked company head.

The forum stated that Mohammed’s removal went against the President, Muhammadu Buhari’s power sector reform drive, and added that it could instigate a reversal of the growth and development in the nation’s electricity generation and distribution, which had been recorded under the company head’s leadership.

The General Secretary of the NPCF, Michael Okoh, in a statement released on Thursday, recalled that the managing director had, upon assumption of duty, gradually transformed the company from being the weakest link in the nation’s power sector by raising transmission wheeling capacity from 5,000MW to 8,000MW and recovering over 800 stranded containers to deliver power projects in various regions across the country.

According to Okoh, Mohammed instituted managerial reforms across the caders of the company and also worked seamlessly with the former Minister of Power, Works, and Housing, Babatunde Fashola, in order to reform TCN according to the Terms Of Reference (TOR).

“More than 70% of the bloated management structure has already been corrected as at when the minister removed him from office through a press release on May 19, 2020. The TCN management has also restored Pupilage training, a scheme previously used in NEPA but was canceled under the previous management,”

“We are all witnesses of what the TCN management has done in the last three years with several media briefings that no one has countered. The TREP with the objective of rehabilitating and expanding transmission capacity to at least 20,000MW in four years was developed and is in progress,”

“Under the strategy of Mohammed, he and his management empowered TCN engineers to install transformers and equipment in various substations. The unprecedented installation of 75 power transformers across the nation by January 2020 was largely achieved through this scheme,”

“TCN engineers were achieving this at the rate of less than 10% of contractors’ cost and delivery time that has saved billions of naira… For instance, the Damaturu 330kV substation was achieved through this scheme. It was awarded in 2006 at $10.5 and N405 million but was not done, but TCN engineers completed it, and it has improved power supply in the northeast.”

The general secretary revealed that the company, under Mohammed’s leadership, had successfully garnered foreign donations towards the North East Transmission Project, as well as other proposed power plans, and warned that the summary dismissal of the managing director could negatively affect the grants.

He stressed that the projects, which were at various stages of completion, would be negatively impacted by Mohammed’s dismissal and urged the federal government to ensure that the managing director was reinstated in office.

Okoh reiterated that TCN, under Mohammed’s leadership, had made giant strides in development thus negating claims that the company had become a sinkhole through which the nation daily lost over N1 billion naira.

“We wish to state that the claim is not correct as the minister was also misled to say TCN was causing the loss of one billion naira daily in the power sector. N1bn is such huge money that if the TCN infrastructure was truly responsible for this, the power sector would have collapsed since,”

“There were also claims that TCN never supported the Siemens Deal worth $2 billion to reset the power sector. That was not the case as TCN under Mohammed…prepared its aspect of the project for the Minister to present to the President for approval. There are documents to that effect,”

“TCN Management did not oppose the Siemens project. This is proven by how TCN prepared the final proposal which the Minister submitted to the State House on April 23, 2020.”

The general secretary advocated for the reinstatement of the embattled managing director, urging the federal government to reverse the ministerial order and restore Mohammed as TCN head.

“To this end, we urge President Buhari to carefully look through the issue and cause a reversal of this back channel removal of the TCN head to save the company from becoming worse than the days of Manitoba contract,”

“Already, there are agitations from a section of the Senior Staff Association of Electricity and Allied Companies (SSAEAC) at TCN, and the Nigerian Union of Electricity Employees (NUEE) who feels the minister was reversing the gains of TCN by removing Mohammed,”

“He has handled welfare issues, providing PPEs and safety kits, to the point that the unions label the two salary increments he has done in three years for the staff as UG1 and UG2”, he said.