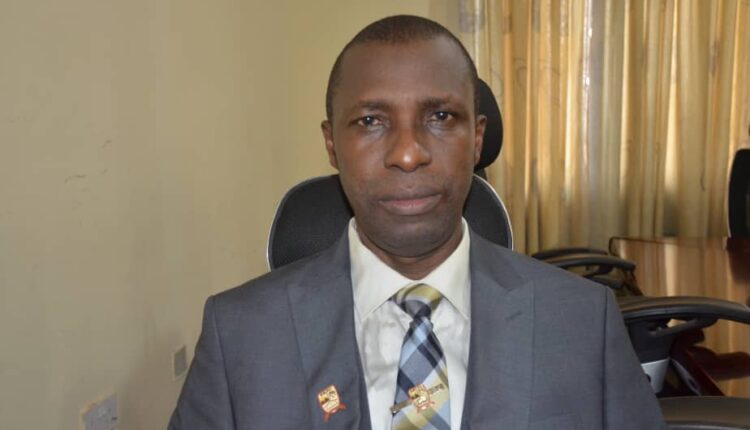 The management of Ekiti State University (EKSU) has raised the alarm over death threats issued by some members of the school community to the varsity Vice Chancellor, Prof. Edward Olanipekun, and members of his family, in other to distract him from performing duties assigned to the office in the institution’s law.

It said that the threats to kill were allegedly being sent to Olanipekun and his family after the Vice Chancellor promised students, lecturers and other members of the school community to work diligently for EKSU development and uphold the institution’s rules and regulations as mandated.

The institution added that aside from the death threats, aggrieved members of the school community were allegedly planning to blackmail as well as drag EKSU and the Vice Chancellor before courts for deciding to be upright.

As gathered, the threat were issued by some members of the varsity community and others facing different allegations bordering on academic fraud, plagiarism, sexual harassment, falsification of results, among many others.

The institution raised the alarm through a statement released by the Head, Directorate of Information and Corporate Affairs, Bode Olofinmuagun, and made available to newsmen yesterday.

It explained that the alarm became necessary in other to inform the public of the developments within the institution and be wary of the antics when they start manifesting.

The EKSU management, meanwhile, assured Nigerians that the Vice Chancellor remain determined and focused to reposition the university and purge it of the culture of impunity and others that could affect the school development.

According to the statement, it has come to the notice of the Ekiti State University authority, the activities of some disgruntled elements within the university community who are determined to blackmail the Vice Chancellor, Professor Edward Olanipekun.

“These are people facing different categories of allegations of disciplinary infractions in the University. These infractions include academic fraud, plagiarism, sexual harassment, falsification of results, among many others.

“Impeccable sources revealed that this set of people, in their desperate attempt to have a soft landing are devising dubious means to distract the Vice Chancellor in the performance of his official duties.

“Apart from the above, few of them even sent various death threat messages to the Vice Chancellor so that they could have their ways.

“Since all efforts made by them to dissuade the University from going ahead with the charges against them had failed, they are now at the verge of resorting to blackmail and malign the personality of the Vice Chancellor through spurious and unfounded allegations with a view to dragging his name in the mud and to attract public sympathy.

“It was further uncovered that they were of the opinion that the last governorship election in Ekiti State would not favour the All Progressives Congress and boasted that the Vice Chancellor would be removed thereafter”.