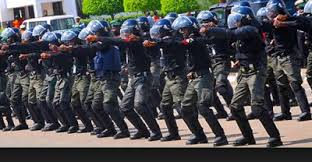 In a bid to ensure security of lives and property, Nigerian Police, Ekiti State Command, has disclosed that it has commenced recruitment of 800 special constables to serve as community police personnel within the state.

The Police added that application forms for the recruitment exercise have been made available at police stations in each Local Government Area (LGA) in the state to avoid discrimination of anyone aiming to join the force.

It explained that the new constables would be trained by conventional police and work with the force to ensure a safer society, saying, their core responsibility will be to gather intelligence, sharing their knowledge of locality, help police with their local connections in case of investigations, and out other duties of community policing as assigned them.

In a statement released yesterday, Ekiti State Police Commissioner, Asuquo Amba, stated that this had been made necessary by present security realities in Nigeria which had necessitated recruitment of community police to help curb local crime, and put an end to insurgency in the country.

It would be recalled that Nigeria had gone through several incidents of kidnapping, armed banditry, religious terrorism, herdsmen-farmer violence, and other security threats to lives and properties of citizens and residents, resulting in directives which had been issued by the Inspector General of Police, Mohammed Adamu, for recruitment of special constables into the Nigerian Police Force (NPF), in all states of the federation.

Amba urged all able-bodied youths of Ekiti state, who were passionate about their community, to step forward so as to serve their society, and had explained that application forms had been made available at all police stations, in all local governments of the state, to be picked up at no cost to applicants.

“This is to inform the general public that in line with approval and directives of the Federal Government through the Inspector General of Police, Mohammed Adamu, for recruitment of special constables into the Nigerian Police Force to enhance the community policing policy nationwide,”

“The commissioner of police, has given a directive for the exercise to kick off across the 16 local government areas of Ekiti state and  to that effect, recruitment forms are now available in all the divisional police stations across the state,”

“All interested volunteers are to walk into any divisional police station closer to them within their local governments and pick the form at no cost,”

“Please note that applicants must be between the ages of 21 and 50 years, must have the will to serve the community and must be resident within their respective communities”.

“Applicants must be willing to sacrificially serve their respective communities for the purpose and aims of community policing policy with or without remuneration,”

“Interested applicants are to, as a matter of urgency, go to the nearest police station within their local governments and pick the form as the screening date will soon be announced.”

He had urged interested applicants to obtain forms before presenting themselves for screening and noted that a date, for the screening exercise would be announced later.