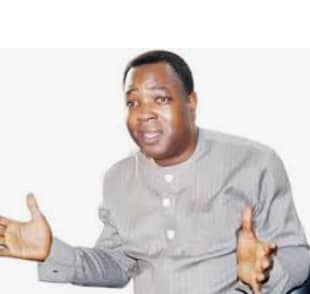 The abiding impression Nigerians have of Ekiti state is of a place of erudite scholars and towering intellectuals. Indeed Ekiti is said to have the highest number of professors per square mile than any other state in Nigeria. From Medicine, Engineering, Law, the Social Sciences, Business Administration and Management, etc you are likely to have Ekiti indigenes excelling above others in Nigeria. It is so much so that legend has it that there is a professor or at least a Ph.D. holder in almost every household in Ekiti state.

But by some quirk of fate, it is ironical that most of these quality intellectuals from Ekiti are not to be found in the state. They are majorly dispersed elsewhere in Lagos, Ibadan, Abuja and other locales in the country where they are helping not just to develop and nurture local talent but also contributing to the overall development of those areas in many fields of endeavour.

One man who has mixed feelings about this state of affairs in Ekiti is Engineer Kayode Olubunmi Ojo a prominent political figure and construction magnate who hails from the state. He is the son of high Chief (Dr) Jacob A. Ojo and hails from Ikoro Ekiti in the Ijero Local Government Area of the state.

Born on August 1, 1970 Engr Kayode Ojo is a 1991 graduate of Metallurgical and Materials Engineering from the Federal University of Technology Akure. He is a professional member of the Nigeria Institute of Engineers as well as the Nigeria Association of Corrosion Engineers. He is also certified member of Council of Registered Engineers of Nigeria (COREN)

Engineer Ojo is the Chief Executive Officer and Managing Director of SALTA Infrastructure and Construction Company which he grew from scratch within a short period of five years to a multi-billion infrastructure conglomerate with acquisitions not only in Nigeria but also in the United States of America, Trinidad and Tobago and the United Arab Emirates.

He is also into the Oil and Gas industry with a partnership in Atlas International Engineering Services of which he is Executive Director, Business and Technical Development. His extensive involvement in this sector includes shareholding in such pioneering indigenous petroleum exploring companies as SEPLAT Petroleum, Platform Petroleum and Midwestern Oil and Gas Limited.

For all his successful business activities however, Engineer Ojo has one overriding passion; to see a financially independent Ekiti state where human capital development is the key to developing a prosperous and egalitarian society in Ekiti. He has demonstrated this by employing numerous Ekiti sons and daughters in his enterprises and companies and helping them to grow their potentials in areas of their specialties.

He has also identified and demonstrated his love and passion for his state by making generous contributions to worthy causes in Ekiti and strives to be always present at occasions that the state celebrates. It was Engr Kayode Ojo’s passionate love for Ekiti state that led him to join politics in order to further contribute his quota in developing the state.

He is not happy that for a state so blessed it is still groping about to fulfil its immense potentials. He sees in Ekiti a state that can be the Singapore of Nigeria developing high quality manpower and applying it to add value in many areas of endeavour both within the state and Nigeria at large. That is why he expresses mixed feelings that despite the famed educational exploits of the indigenes of the state, this has not been translated into a commensurate level of visible development on ground.

He is thus committed to bridging this critical gap by ensuring an egalitarian Ekiti state; ‘’I am not happy that despite what we have achieved in terms of education in the state, we still lag behind in critical areas of development. The thing to do is to get as many as Ekiti people we can muster to key into and contribute their quota into a vision of a development agenda for the state. At the moment everybody seems to be doing his or her thing and we need to pull together to develop the state. That is what I am committed to doing in my foray into politics,‘’

At the 2018 All Progressive Congress party governorship primaries in which he first tested his mettle for the position, Engr. Kayode Ojo came forth as the favorite of the neutrals. Many saw him as representing a fresh hope for an Ekiti that had been beset by years of underachievement. He was regarded by many as the possible alternative should Ekiti favour a radical departure from the old way of politics that has stymied the state’s potential to lift itself out of its present state.

Even with his relative novelty into Ekiti politics Engr. Ojo was able to come a close third to veteran political gladiators Dr Kayode Fayemi the incumbent governor of the state and Engr. Segun Oni respectively. With such an impressive showing, many in Ekiti believe Engr. Ojo is certainly the candidate for the near future and when the time comes it will not be surprising if he clinches the APC governorship ticket.

As the eight year tenure of the incumbent governor Dr Kayode Fayemi winds up in 2022 and new party primaries and subsequent elections to be held up, Engr. Ojo has renewed his quest for the APC governorship ticket in Ekiti state. This is in keeping with his abiding passion to contribute his quota to the development and of the state. ‘’I am moved to seek the governorship position because principally I want to serve my state. I have done a lot of things in many possible ways in serving the state to the best of my ability and as far as my resources can apply. But I do feel I have more in the tank and I need to upgrade my commitment in an executive capacity to enable me do more constructively and effectively. That is why I humbly seek the mandate of Ekiti people to give me this chance to prove myself to them’’.