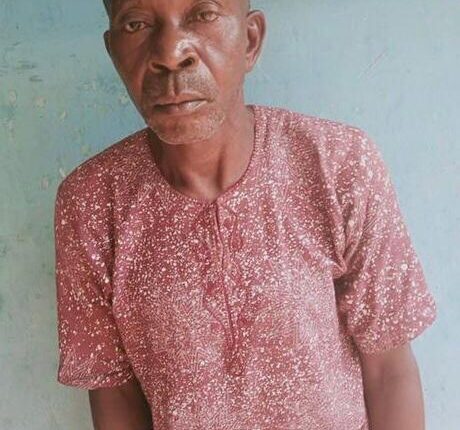 The Nigerian Police has promised to arraign a 65-year-old man, Durodola Ogundele, before court if found culpable of raping his 85-year-old stepmother (name withheld) in Ekiti state.

As gathered, the suspect, who was identified as son of the victims’ late husband, allegedly had carnal knowledge of the woman in her room, while assisting her to massage her injured legs.

The promise was made by the law enforcement agency through a statement by the Police Public Relations Officer (PPRO) for Ekiti Command, Sunday Abutu, said that the suspect was been apprehended and detained by Ido-Osi Headquarters of the command on Wednesday, 16th June, at Ido-Osi, after committing the offence.

The police said that the victim alleged that the incident occurred when she invited Ogundele to assist her apply herbal medicine on her legs while sitting in the room.

“The victim alleged that after applying the herbal medicine on her legs, the suspect forcibly had sexual intercourse with her twice,” police said.

The command stated that the Ekiti State Commissioner of Police, Tunde Mobayo, had ordered that the case be transferred to the State Criminal Investigation Department (SCID) for proper investigation and possible prosecution.