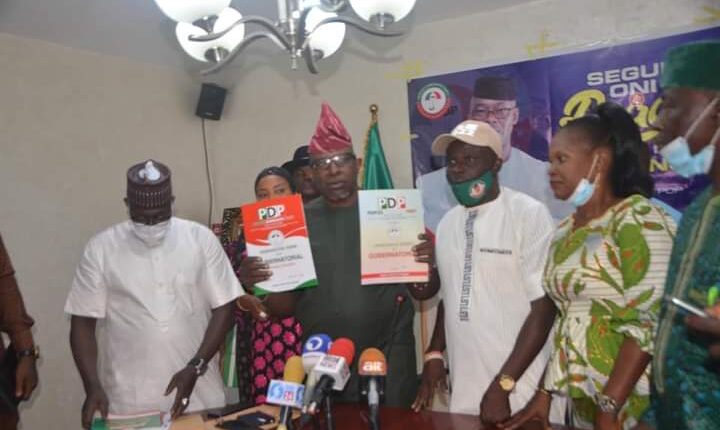 Ahead of next year’s gubernatorial election in Ekiti, a former governor of the state, Segun Oni, has joined the race to become Dr. Kayode Fayemi’s successor.

Oni indicated his readiness to join the race the for 2022 governorship election on the platform of the Ekiti State chapter of the Peoples Democratic Party (PDP) after obtaining the expression of interest and nomination forms.

The former governor purchased the forms on Wednesday at the National Headquarters of the PDP in Abuja through his campaign Director, Yemi Arokodare.

Arokodare, while speaking immediately after the purchase of the form, said the people of Ekiti were waiting for the return of Segun Oni.

He said the message of Ekiti people to the PDP is very loud and clear, ‘Segun Oni we know, Segun Oni we want, give us Segun Oni as your candidate and we will do the rest’.