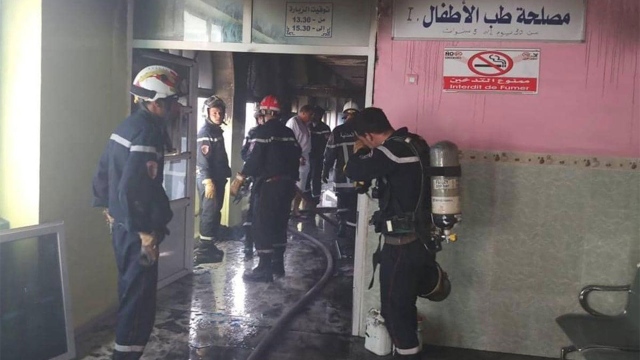 Tragedy has occurred in Algeria when fire outbreak occurred at an Algerian maternity hospital, burning no fewer than eight infants to death.

It was gathered that the infants were admitted at the hospital for treatment of different ailment before the fire disaster occurred.

Confirming the disaster, the fire service, yesterday, disclosed that a panel of inquiry has been inaugurated to investigate the immediate and remote causes of the fire.

The quality of government services has often been a cause of frustration and anger in Algeria, particularly in areas outside the capital.