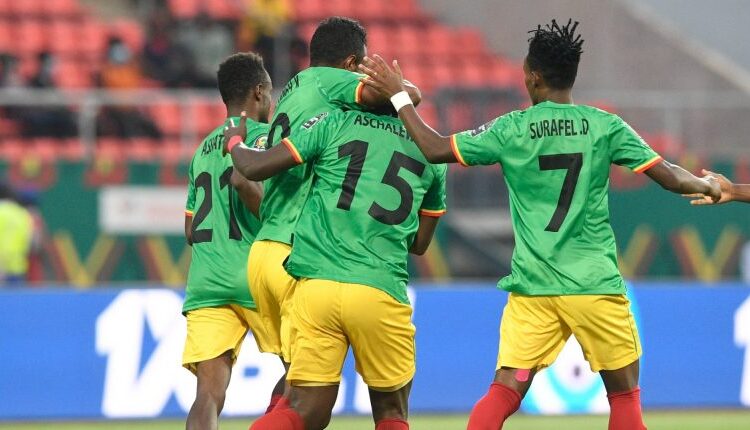 The Pharaohs of Egypt’s quest to qualify for next year’s Africa Cup of Nations (AFCON) has suffered a setback after the team lost their second-round match encounter against the Ethiopian football team 2-0.

Before the match, Ethiopia is ranked 140th in the Federation of International Football Association (FIFA) world rankings, 108 places behind Egypt, and had lost their opening game to Malawi 2-1 to sit bottom of the group ahead of the game.

During the game played in Malawi, the home ground for the Ethiopians, the Egyptian’s struggle continued after managing a 1-0 win over Guinea at home through Mostafa Mohamed’s 87th-minute strike.

The game took place in Malawi as Ethiopia-based venues failed to meet the minimum requirements as per the CAF Club Licensing criteria.

This led Galal to start with the partnership of Mahmoud El-Wensh and Mahmoud Alaa ahead of goalkeeper, Mohamed Abou-Gabal, while Omar Gaber and Ayman Ashraf started at full-backs.

Unexpectedly, Ethiopia was dominating every inch of the pitch from the get-go and managed to take the lead after just 20 minutes after Abubeker Nassir skillfully dribbled past Mahmoud Alaa, before his low cross was turned in by Dawa Hotessa.

Less than five minutes later, Ethiopia nearly got their second of the game as Abubeker Nassir found himself through on goal from the halfway line, before putting the ball past Abou-Gabal, but his effort rebounded off the post and out to goal-kick.

This wasn’t the end of it, Ethiopia then had a goal by Nassir ruled out for offside on Shimelis Bekele in the 35th minute, but they finally managed to make it 2-0 just a few minutes later.

Egyptian Premier League veteran Shimelis Bekele managed to find space behind the Egyptian defences and played a one-two pass with Amanuel Gebremichael, before firing past Abou-Gabal from close range.

Realizing his team is struggling for possession, Galal made three substitutions at once before the half-time, bringing in Mohanad Lashin, Ibrahim Adel, and Omar Kamal for Amr El-Sulya, Afsha, and Ayman Ashraf.

But that didn’t change anything and once again Ethiopia had a clear-cut chance through Hotessa who went through on goal, but this time Abou-Gabal managed to deny him.

In the 47th minute, Egypt finally managed to have their first chance of the game after a free-kick from which Mostafa Mohamed found the back of the net, but the goal was ruled out for a foul on Mahmoud Alaa.

Ethiopia still kept more of the ball and Ehab Galal refused to make any new changes until the 86th minute which saw Ahmed Refaat and debutant Ahmed Atef coming on for Mostafa Mohamed and Omar Marmoush.

Following this, Egypt had their only two real chances of the game, the first came after Atef played Refaat’s cross to Omar Kamal, whose strike went just wide, before Ibrahim Adel created another from a solo effort, but was denied by the keeper.

The remaining minutes didn’t witness anything new and Ethiopia claimed a historic victory over Egypt, their first against the Pharaohs since 1989. It also marks the first time Egypt has conceded two goals against Ethiopia since 1962.

With Guinea’s late victory over Malawi, all four teams now are equal on points with three each ahead of the next round which will see the Pharaohs host Malawi next September.