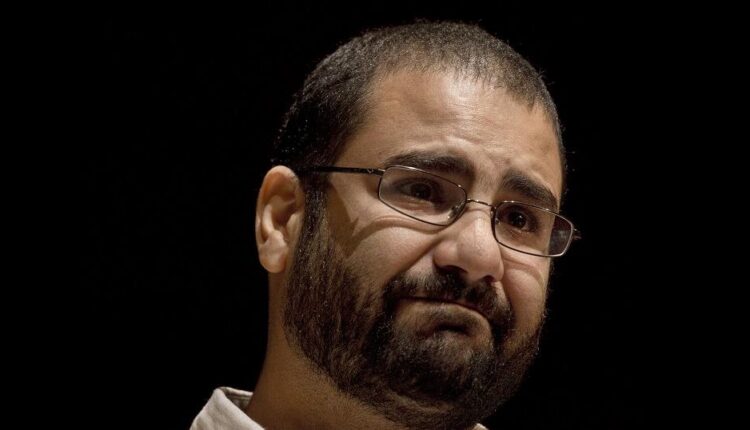 A prominent Egyptian activist, Alaa Fattah, has been sentenced to five years imprisonment after being tried on charges of spreading fake news across the country.

A blogger, Mohamed Ibrahim and a lawyer, Mohamed El-Baqer, who faced the same charges, were said to have been sentenced to four years respectively.

The three convicts were said to have been detained since September 2019. Abdel Fattah, a leading activist in the 2011 uprising that toppled president Hosni Mubarak after three decades in power, had previously been imprisoned for five years in 2014 and released in 2019.

Abdel Fattah’s family have complained about the conditions of his continued detention by the government without charging him before the court.

“He is denied access to books, a radio, a watch, and he is banned from walking (outside his prison cell). He does not leave his prison cell at all except of when we visit him or if he is going to prosecution or court,” Abdel Fattah’s mother Leila Soueif said before the hearing.

Also, Abdel Fattah’s sister, Sanaa Seif, was sentenced to a year and a half in prison in March on similar charges after calling for prisoners to be freed during the COVID-19 pandemic in the country.

The Egyptian government has denied accusations concerning prison conditions, stressing that the correctional facility were better and do not need total rehabilitation.

The U.S. State Department spokesperson, Ned Price, said the government was “disappointed” by the verdicts and that journalists and human rights defenders should be able to exercise their freedom of expression without facing criminal penalties.

The administration of President Joe Biden in September had said it would withhold $130 million worth of military aid to Egypt until Cairo takes specific steps related to human rights, but Price on Monday declined to say whether additional aid could be withheld.

Egypt’s foreign ministry said it was inappropriate to comment on judicial decisions.

“It is not suitable at all to comment in any way on judicial verdicts that implement laws based on solid and compelling evidence in a judicial course that is fair, impartial and independent” the Egyptian state news agency quoted Ahmed Hafez, spokesman for the foreign ministry, as saying on Tuesday.

“These judicial matters should not be put in any political frames nor tied to the path of relations between the two countries”, he added.

Since 2013, when then-army chief Abdel Fattah al-Sisi ousted President Mohamed Mursi of the Muslim Brotherhood, there has been a crackdown on political dissent in Egypt, drawing criticism from human rights groups, who say tens of thousands of people have been jailed.

Sisi, president since 2014, says security and stability are paramount and denies there are political prisoners in Egypt.