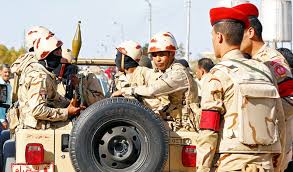 After several deliberations, Egyptian Government has executed the country’s most wanted terrorist, Hisham al-Ashmawy, who was convicted of having carried out several high profile attacks on top government officials.

Before his arrest and execution, al-Ashmawy was alleged to have carried out continuous onslaughts across the country that lasted several years.

It would be recalled that Al-Ashmawy, an ex-special forces soldier turned militant, had been arrested in Libya by the Libyan National Army, after a worldwide man-hunt which was instigated when his country named him most wanted criminal in 2018.

According to the country’s military spokesman, Brigadier General Muhammed Samir, the terrorist’s execution was according to court order and based on his convictions over several high-profile attacks and killings including the 2013 assassination attempt against the then Egyptian Minister for Interior, Mohammed Ibrahim.

Samir said that Al-Ashmawy, who was executed on Wednesday in the country, had also been convicted of murder of top prosecutor Hisham Barakat, as well as other attacks like the Al-Wahat terror attack which had left about 16 dead and many injured.

The former soldier, he disclosed, had also been found guilty of plotting to target ships crossing the high seas, helping a known member of Ansar Beit al-Maqdis terrorist group to escape from government hospital and was found to have been leader of Sinai-based Ansar Bayt al-Maqdis, Egypt’s most active militant group, before it pledged allegiance to Islamic State in 2014.

“Al-Ashmawy’s activities were traitorous, treasonous and threat to the safety of our beloved country. He was charged and duly convicted of all his crimes and punishment, as decided by both military and civillian courts, has been meted out to him today”.