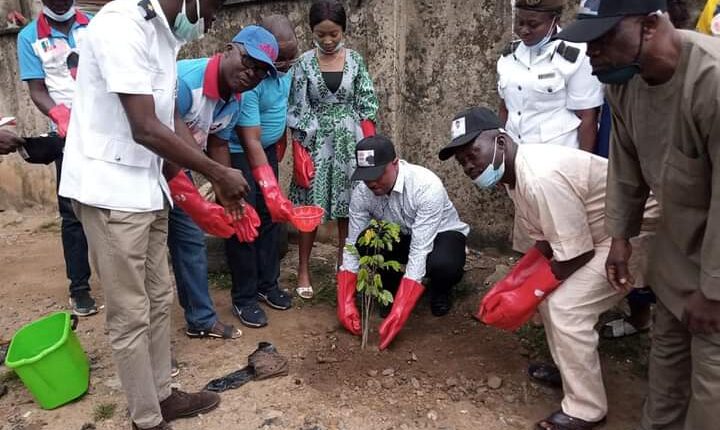 The chairman of Egbe-Idimu Local Council Development Area (LCDA), Kunle Sanyaolu, has said that one of the best strategy to improve well-being in any state including Lagos State, was to plant trees and protect it.

Sanyaolu said that the health of people living in Lagos State particularly within the council, would further improve when more trees are planted as against their removal across the state.

Speaking at the annual tree planting exercise held within the council yesterday, the Egbe-Idimu council boss described tree as an integral part that was needed to keep the earth functioning effectively for mankind.

Sanyaolu, in a statement by his aide on media, Oyejobi Olakunle, expressed his administration’s commitment to preserve the environment and mitigate global warming through tree planting as well as embarking on more environment protection campaigns.

The chairman explained that the decision to commit his administration to tree planting and other activities that could protect the earth was based on his conviction that the planet does not belong to anyone and that it favours anyone that can protect it.

According to him, tree planting is an integral part of maintaining the earth and we all must take care of the trees in order to preserve this planet.