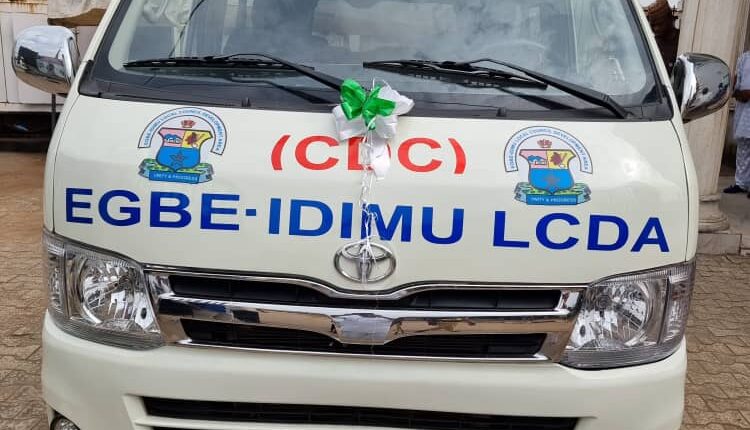 The Egbe Idimu Local Council Development Area (LCDA) Chairman, Kunle Olowoopejo, has donated a bus to the Community Development Committee (CDC), to ease their movement within the council and across Lagos State.

Olowoopejo said that the donation was also to support the ongoing grassroots development efforts of the CDC which was aimed at bringing desired change to the council.

The council chairman made the donation to the CDC on Wednesday as part of the activities marking the first 100 Days of his administration’s second term.

Olowoopejo, after the donation, noted that the bus handed to the community associations was in line with the promises made during the campaign for the second term that more efforts would be put to ensure adequate development of the councils.

“This bus would help to facilitate their movements outside the LCDA during social and community development services and it is also to support the ongoing development efforts of our communities”. 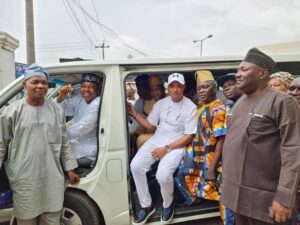 Through a statement by his Chief Press Secretary, Olakunle Oyejobi, the chairman reiterated that with the help of God and the support of everyone within the council, his administration would continue to be part of the process to advance the communities.

The bus that was handed over to the leadership of the CDC by the Alimosho Federal Constituency leader, Abdulahi Enilolobo, also had in attendance were: the Vice Chairman, Legislators, Management Team and Party Stakeholders. 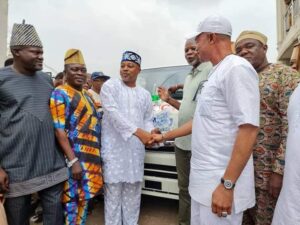