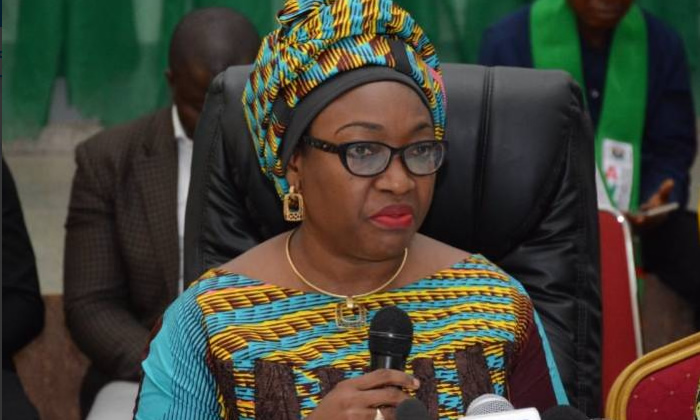 The Economic and Financial Crimes Commission (EFCC) has said it is still probing ex-Head of Service of the Federation (HOS) Winifred Oyo-Ita over an alleged N3.6 billion traced to accounts linked to her.

The Guild learned that the money was suspected to be bribes from contractors in Ministries, Departments and Agencies of government.

The spokesman of the anti-graft agency Wilson Uwujaren said investigations into the matter have reached an advanced stage, adding that the EFCC will soon go public on then Oyo-Ita would be arraigned.

President Muhammadu Buhari had on Wednesday told Oyo-Ita to go on an indefinite retirement leave and was replaced her with Yemi-Esan in acting capacity with immediate effect.

Meanwhile, a  critic of the President Buhari administration Reno Omo Omokri condemned the removal of Oyo-Ita as Head of Civil Service of the Federation, claiming that the president never forgives

In a tweet, Omokri noted that Oyo-Ita was sacked because she ‘exposed’ the president’s action of recalling sacked pension boss Maina.

“The ONLY reason this woman has been sacked is because General Buhari never forgives. He had pencilled her for DISGRACE since the day her memo exposing Buhari as the man behind the recall and promotion of pension thief Maina, leaked,”Omokri, a former presidential aid, said.