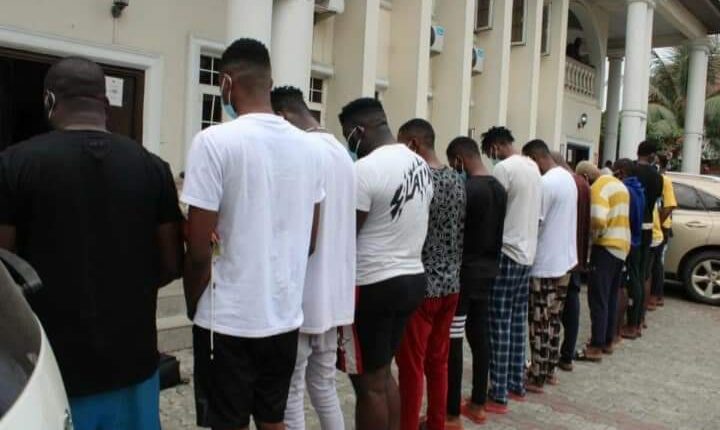 A 28-year-old medical practitioner, Chijioke Precious, and 17 other suspected internet fraudsters have been arrested and detained by the Economic and Financial Crimes Commission (EFCC) in Owerri, Imo State.

They were arrested by the anti-graft agency’s zonal office in Uyo, Akwa Ibom, based on intelligence around 1 am on Wednesday at Umuguma area of “World Bank” in Owerri. 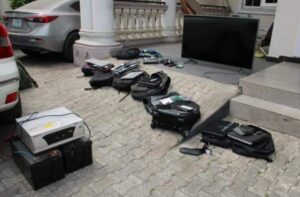 Through a statement released by the agency, EFCC claimed that the items recovered from the suspects were seven luxurious cars which include, one green Lexus ES350, one blue Lexus ES320, two Toyota Venza, one silver Lexus RX 350, one black Toyota, and one white Mercedes Benz 4Matic.

Other items recovered from the suspected fraudsters include over 20 sophisticated mobile phones, more than 12 laptops, four inverter batteries, one big-screen television, and pieces of jewelry suspected to be proceeds of crime.

The agency further stated that the suspects would be charged to court as soon as investigations were concluded on the case.