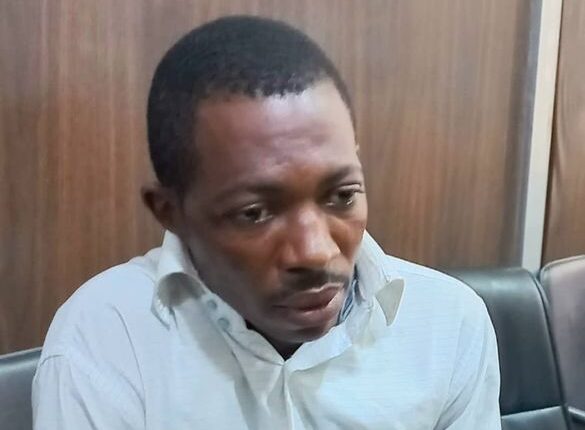 The Economic and Financial Crimes Commission (EFCC), has arrested a fake lawyer, Adekola Adekeye, for allegedly forging documents to perpetrate fraud and impersonation.

Adekeye, who was said to have posed as a lawyer to fraudulently seek for the bail of a suspected fraudster who was not identified, had met his water loo when operatives of EFCC threw endless questions at him during an intense interrogation.

He was said to have been unable to defend himself as a lawyer which he claimed after tendering the forged documents and further interrogations led to his arrest.

As disclosed through a statement by the commission’s’s Spokesperson, Wilson Uwujaren, on Thursday in Abuja, Adekeye’s travail began when he came to the commission’s office in Lagos to secure bail of a suspected fraudster.

Uwujaren said that the fake lawyer came to their office three days ago, tendering some documents to bail a suspected fraudster in their custody, adding that the process of verifying the documents was what led to his arrest. 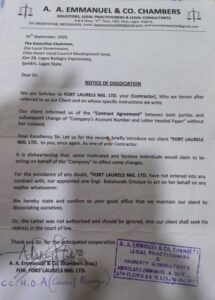 Also, he said that the operatives of the commission took the search further to Adekeye’s house where more forged documents were found, indicating his past fraudulent and impersonating activities before his recent arrest.

“A search at his residence further unearthed several forged documents dating back to 2005, including forged Lagos State University and Kwara State College of Education documents. He also claimed to be the owner of “A.A. Emmanuel & Co. Chambers”, which he had been using to perpetrate frauds until his arrest. He will soon be arraigned in court,” he added.

Uwujaren further stated that the commission would ensure that Adekeye’s arrest deter other impostors who use fake documents to procure the bail of suspects, adding that they would be madeto face the wrath of the law. 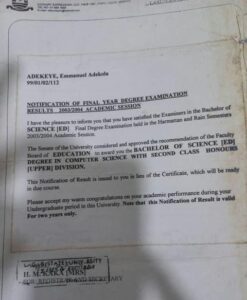