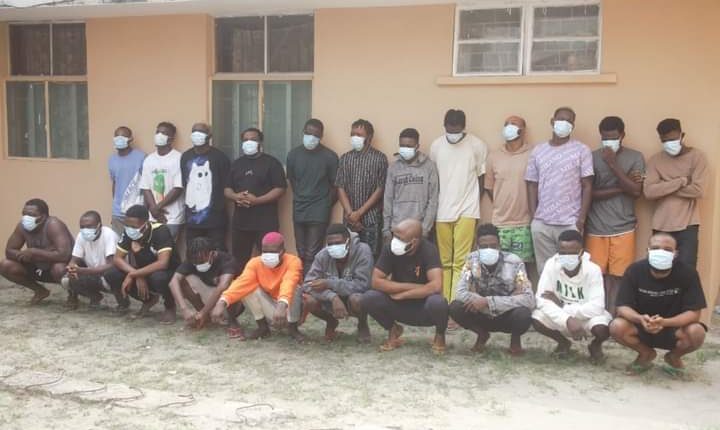 No fewer than 30 suspected internet fraudsters were reported to have been arrested by the Economic and Financial Crimes Commission (EFCC) in Lagos and Rivers State.

Of the 30 suspected internet fraudsters under detention, 22 were apprehended in Ajah, Eti-Osa Local Government, Lagos while the eight others were nabbed during a raid in Ozuoba, Port Harcourt, Rivers State.

In a statement released by the Commission, the suspected were apprehended by the Lagos and Rivers State zones on Tuesday as part of the ongoing effort to protect Nigerians and foreigners from fraudsters.

The commission noted that they were arrested at their various residence at Terra Annex Estate, Sangoteddo in the Ajah area of Lagos, following actionable intelligence, just as it assured that the suspect would undergo further interrogation as well as be arraigned in court.

According to EFCC, the eight suspects were arrested at their hideouts in Mandela Housing Estate, Rumuokoro and Street 1, Radio Road Estate, Ozuoba, Port Harcourt, Rivers State. 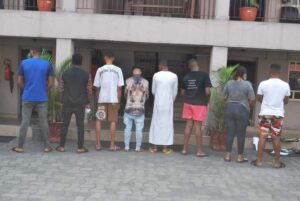