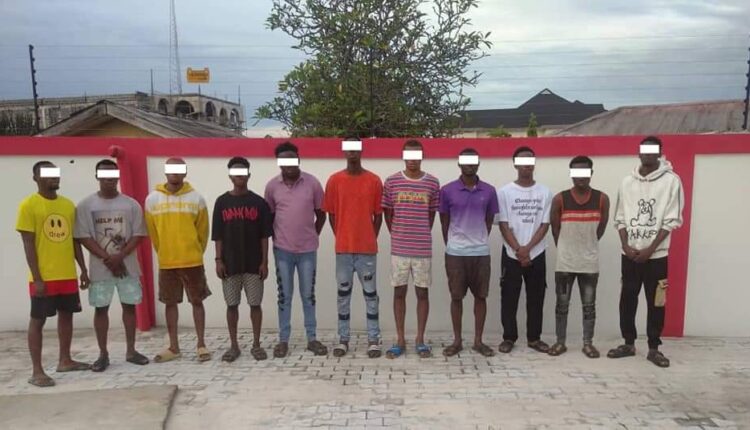 At least, eleven youth have been arrested across Rivers State in connection with internet fraud said to be contravening provision of the 1999 Nigerian Constitution.

As gathered, the suspect were arrested yesterday at Ozuobo Area, off NTA Road, Port Harcourt, during an early morning sting operation following intelligence gathered on their activities and location.

The anti-graft agency, through a statement posted on its social media page on Friday, said that the eleven suspects were arrested through surveillance and verified intelligence on their suspicious internet- related criminal activities.

The financial crime watchdog noted that the suspects would be charged to court as soon as the investigation was concluded.