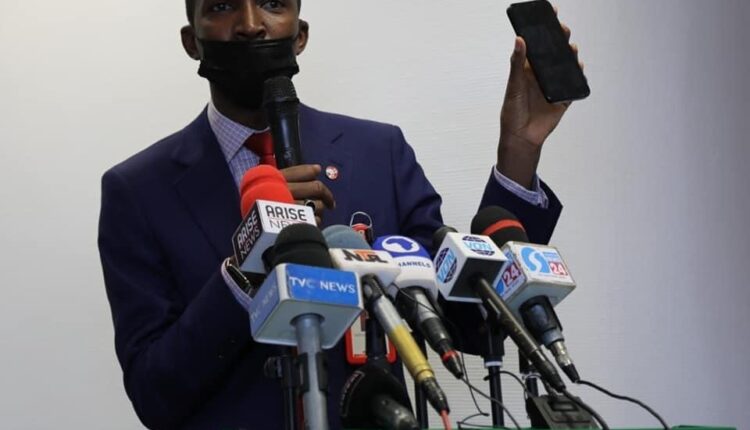 As part of measures aimed at protecting whistleblowers across Nigeria, the Economic and Financial Crimes Commission (EFCC) has launched a mobile application to ease the reporting of economic and financial crimes to the anti-graft agency.

The commission explained that the app, christened ‘Eagle Eye’, would serve as an alternative to the traditional method of reporting people or organizations suspected to be engaged in corrupt practices across the country.

EFCC Executive Chairman, Abdulrasheed Bawa, described the app as a product of the agency’s staff ingenuity as it was conceived, designed, and developed by the EFCC, the first of its kind by any law enforcement agency in Nigeria.

Speaking during the launch on Wednesday, the anti-graft agency’s boss noted that the initiative was a clear demonstration of his pledge to run an agency that is technology-driven.

According to him, the Eagle Eye represents a new experience in information sharing and crime reporting between the public and the EFCC.

Bawa further explained that the unique advantage of the application was the elimination of a direct person-to-person interface in the reporting process and guarantees anonymity which was an added incentive to effective whistleblowing.

While appealing to members of the public to take advantage of the app in bringing cases of corruption and economic crimes to the knowledge of the EFCC, Bawa said, “with the App, those who hitherto were afraid to report corruption cases to the Commission either for fear of being identified by the culprits or having their identities revealed, can now do so with the assurance of full anonymity”.

He emphasized that the Eagle Eye App would go a long way in aiding the reportage of fraudulent activities of individuals particularly in the case of Money Laundering through Real Estate.

“With the Eagle Eye, Nigerians and Non-Nigerians can easily take a picture of a property suspected to have been fraudulently or corruptly acquired and report through the App seamlessly”.

He also said that as media practitioners, journalists occupy vantage positions not only in helping to bring the knowledge of the application to the public, but also making use of it and helping others to understand how it could be deployed to further the fight against economic crimes including corruption.

“With the Eagle Eye, you have at your fingertips a device that will ultimately ensure that there is no hiding place for the corrupt in Nigeria”, he further explained.

Explaining how the application works, the EFCC Chairman said that Eagle Eye is a user-friendly application, with features that can be navigated by any literate person.

The EFCC boss further noted that the commission would subject whatever complaints made via the app to scrutiny to ensure that people do not report others for malicious reasons. He added that the law would be wielded against anyone found guilty of filing false information to mislead the commission. 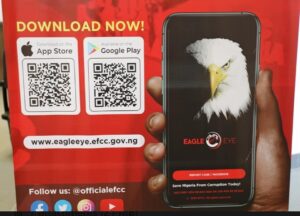