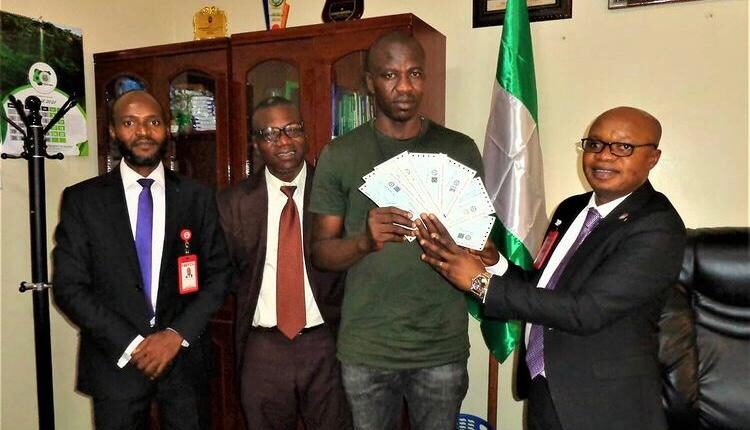 In its commitment to fighting corruption, eradicate cybercrime, and other forms of financial crimes across Nigeria, the Economic and Financial Crime Commission (EFCC) has restituted over  N67 million recovered from a fraudster to a fraud victim, Emmanuel Onah, a trader based in Onitsha, Anambra State.

According to the Agency, the investigation established that Onah was duped by the duo of Tega Esinone and Obiajulu Umeagukwu after he transferred a sum of money to them for onward transmission to his business partner, Crecedor Industrial Co. Ltd in Hong Kong.

The agency further revealed that the suspects converted the money to their personal use. “Onah after efforts to recover his money from the suspects failed, he petitioned the EFCC,” the agency stated.

The agency said that the restitution of the huge cash was made to the victim after the money was recovered from the fraudsters following a court judgment.

Speaking while presenting the cheque  to the victim at the zonal office of the anti-graft agency in Enugu, Head of  Office, Oshodi Johnson,  said “the gesture demonstrates the commission’s stance on justice for all.”  He reiterated the Commission’s commitment to the fight against cybercrime and other forms of financial crimes. “We will not rest until this is achieved.”

The statement disclosed yesterday,  by EFCC’s Head of Media and Publicity Wilson Uwajuren stated that the victim, Onah after receiving the cheque,  on his part expressed appreciation to the EFCC for the feat in recovery the money and commended the agency’s commitment to fighting corruption.

“Honestly, I am so overjoyed because today is a day of smile.  I came to you people in tears but today my heart is full of joy and my face is full of smiles. I am now a living testimony that the EFCC works and they can bring justice even to the common man, he said.

Uwajuren noted the commission’s readiness to fish all fraudsters out of their hideouts, urging them to resist nefarious activities because it was only a matter of time before the long arms of law would catch up with them. 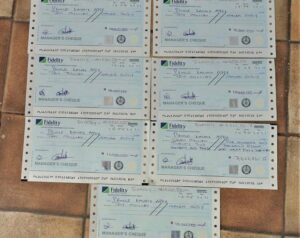