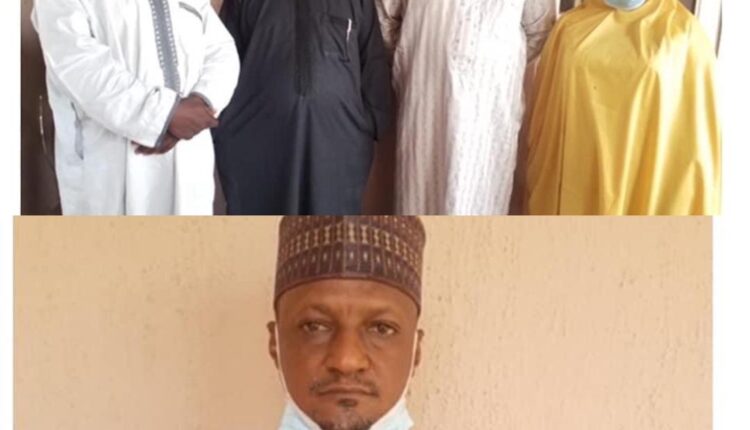 As part of efforts to ensure transparency and accountability in public offices, the Economic and Financial Crimes Commission (EFCC) has arraigned five Sokoto State Primary Education Staff Pension Board officials before a High Court over alleged mismanagement of over N553 million of pensioner funds.

Those arraigned before the court sitting in Sokoto were the Director of Finance and Supply, Hassana Moyi; Secretary of the board, Abubakar Aliyu; Deputy Director, Halliru Ahmed; the board’s Accountant, Kabiru Ahmed, and Dahiru Muhammad Isa, a Cashier with the public pension.

During the court proceeding, the suspects were made to appear before Justice Muhammad Muhammad on a 27-count charge bordering on alleged conspiracy, forgery, criminal breach of trust, and misappropriation of funds to the tune of N553,985,624.

In his ruling, Justice Muhammad granted the accused persons N55 million bail each and one surety in like sum, adding that the citizen, who would be standing as sureties, must be a resident within the jurisdiction of the court as well as possess landed property within the state.

Before the judge adjourned the case until July 26, 2021, for hearing, EFCC counsel argued that the officials committed a Criminal act, Breaching Trust contrary to Section 311 of the Penal Code Law CAP 89, Laws of Northern Nigeria, and punishable under Section 312 of the same law.

But the defendants reportedly pleaded not guilty after the charges were read to them, a situation that prompted the prosecution counsel, S. H. Sa’ad to pray the court for a commencement date of trial and for the court to grant an accelerated hearing of the matter.

Not satisfied, Counsel to the defendant, A. Y. Abubakar made an oral application for his client’s bail to enable them to prepare for their trial.

EFCC through a statement issued by its spokesman, Wilson Uwujaren, explained that the suspects’ road to the dock began in 2019, when the EFCC received petitions from several primary school pensioners, complaining they had yet to receive their gratuities since retirements.