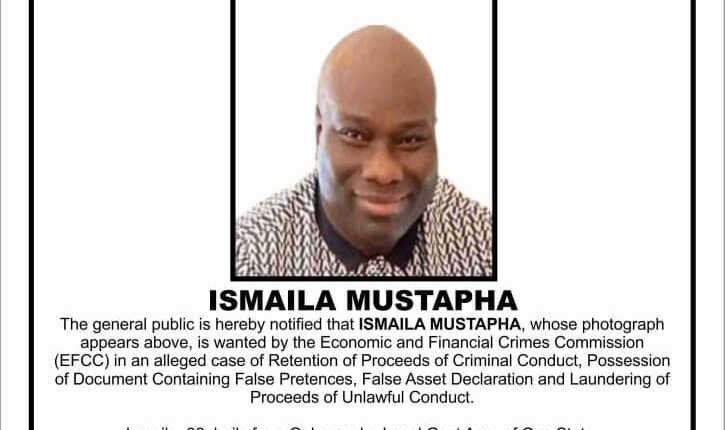 The Economic and Financial Crimes Commission (EFCC) has begun to deploy all available measures to re-arrest social media celebrity, Ismaila Mustapha popularly called Mompha, for flouting the court order and traveling to Dubai in United Arab Emirate (UAE) with a new international passport.

Some of the strategies already deployed by the anti-graft agency to bring the suspect back to the country over his involvement in an N6 billion money laundering case already before an Ikeja Special Offences Court in Lagos before leaving the country include publishing his pictures, deploying its operatives to go after him.

Aside from that, the anti-graft agency has also appealed to Nigerians to assist its personnel with information on his whereabouts, in other to quickly arrest him as well as bring him before the court for continuation of his trial.

Through a statement released on Wednesday by its Head of Media and publicity, Wilson Uwujaren, the agency disclosed that the 38-year-old Osun state-born indigene has left his home in the Surulere axis of Lagos State.

According to the banner released by the agency, Wanted by the EFCC: Ismaila Mustapha. Anyone with useful information as to his whereabouts should contact the EFCC or the nearest police station

Mompha and his company Ismalob Global Investment Ltd were arraigned by the commission over alleged N6 billion [email protected] on January 12. A fresh eight-count charge was brought against him.

He was remanded in the custody of the EFCC but later granted a bail of N200 million which he could not fulfill. The bail sum was later slashed to N25 million.

The EFCC had, on June 10, accused Mompha of flouting a court order by traveling to Dubai with a new passport. On June 22, a Lagos court revoked the bail granted to him after the controversial socialite’s absence for trial.

The other charges include retention of proceeds of criminal conduct, use of property derived from an unlawful act, possession of documents containing false pretenses, and failure to disclose assets.