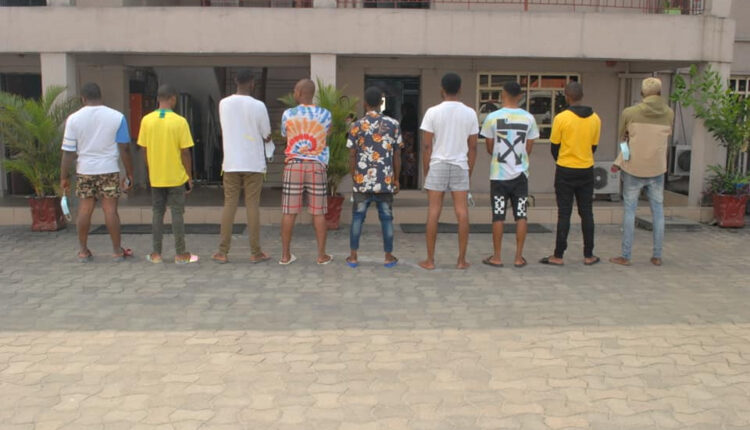 No fewer than nine persons suspected to be internet fraudsters have been arrested by the Economic and Financial Crimes Commission (EFCC) in Port Harcourt, the Rivers State capital.

It was learnt that the suspects were arrested on Wednesday after officers attached to the anti-graft zonal office in Port Harcourt raided the suspects’ hideout in Ozuoba by Obirikwere Road, Choba; NTA Road and Ada George Road areas of the state.

Through a statement on its social media page, the agency revealed that the suspects specialize in love scam, online bitcoin, identity theft, trading scam, among others

Meanwhile, the commission disclosed that the suspects would be charged to court after conclusion of investigations.