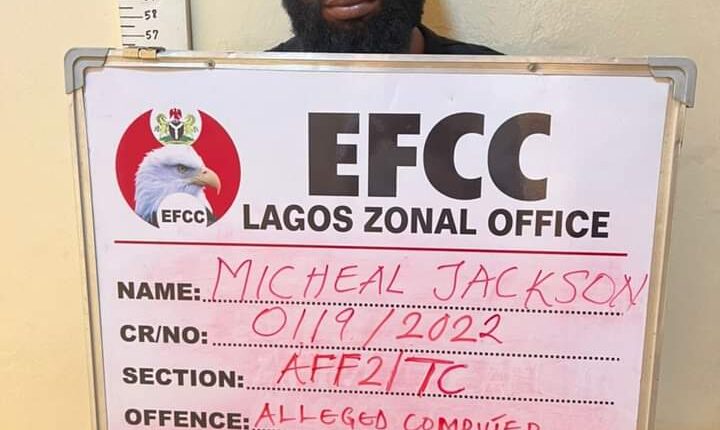 The Economic and Financial Crimes Commission, (EFCC), Lagos Command has arrested a Disc Jockey, Michael Jackson, over internet fraud and for being in possession of calabash and other items that were suspected he often use to cast spell on social media users globally.1

Jackson, who was caught in possession these items, denied using them to lure internet users to transfer money to him and that all these calabash and others were used for was was said to attract grace and success in his daily businesses.

As disclosed by the anti-graft agency’s social media handle on Wednesday, the operatives had acted based on credible intelligence received by its officers on the illegal activities of some individuals involved in computer-related fraud. 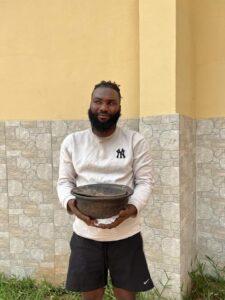 ccording to the EFCC, Jackson had disguised himself as Ella, a transgender woman, and used it as a means to allegedly defraud unsuspecting victims of millions of Naira.

Ididia, was said to be facing a two-count charge bordering on stealing and obtaining money by false pretence to the tune of the alleged amount.

The defendant was said to have disguised under pretence and fraudulently collected the money until the EFCC’s investigation led to his arrest. 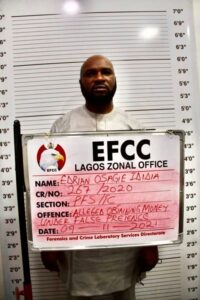