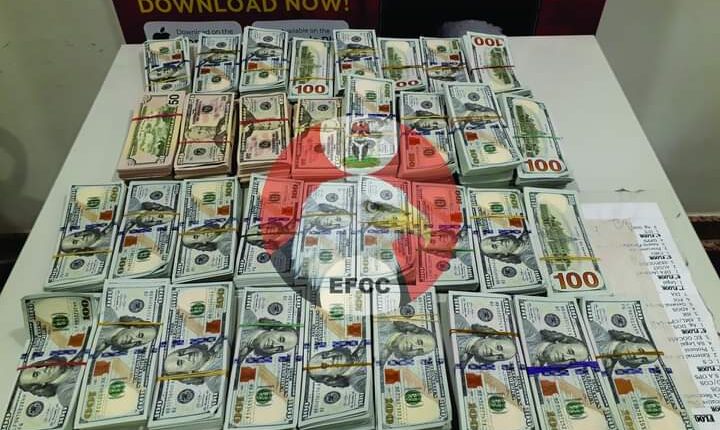 The Economic and Financial Crimes Commission, EFCC have arrested four members of a syndicate who are said to specialize in counterfeiting foreign currencies, especially the dollar, for sale to unsuspecting members of the public in Abuja.

The suspects were apprehended by the anti-graft agency with a bag containing $427,400 fake United States Dollars.

Acting on verified intelligence, the Commission in a joint operation with operatives of the National Drug Law Enforcement Agency, NDLEA, was said to have nabbed the suspects on Wednesday at Swiss Pearl Continental Hotel, Koforidua Street, in the Wuse 2 Axis of Abuja.