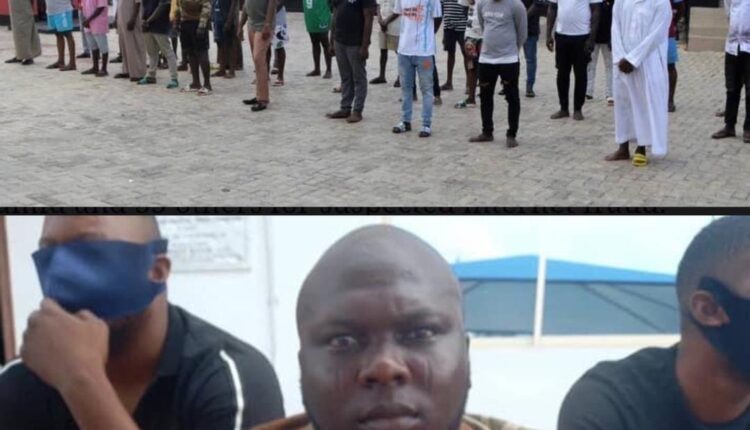 The Economic and Financial Crimes Commission (EFCC) has arrested and detained a 22-year-old, deserter soldier, Adebisi Jamiu, alongside 33 other information and communications technology experts for their alleged involvement in computer-related fraud in Osun State.

As gathered, Jamiu and other suspects, said to be all-male, were reported to have been arrested by personnel attached to the anti-graft agency’s Ibadan Zonal Office on May 18, 2021.

Confirming the arrest, EFCC’s Head of Media and Publicity, Wilson Uwajaren, in a statement made available to newsmen on Tuesday, said that the deserted soldier and other suspects were arrested at different locations in Osogbo, capital of the state.

Uwajuren stated that their arrest by the commission personnel followed actionable intelligence on their alleged involvement in cybercrime.

The spokesman further said the suspects have volunteered statements to the Commission and would be charged to court as soon as investigations was concluded.

Meanwhile, no fewer than 10 suspected internet fraudsters have been detained by the anti-graft agency over alleged offences bordering on cybercrime in Enugu.

As gathered, the suspected, who were all male, were said to have been apprehended by the personnel attached to the anti-graft agency’s Enugu Zonal Office on May 14, 2021.

According to the statement disclosed by the anti-graft agency on Monday, the suspects were arrested at Monarch Avenue, Maryland, axis of the state.

EFCC stated that their arrest was a sequel to actionable intelligence obtained by the Commission on their alleged fraudulent activities.

EFCC listed items recovered from the suspects to include Two Lexus RX 350 cars with registration numbers BDG- 736-GX and BDG-146-GX. While other incriminating materials recovered from them include various mobile phones and a laptop computer.

The statement further revealed that the suspects would be charged as soon as the investigations was concluded. 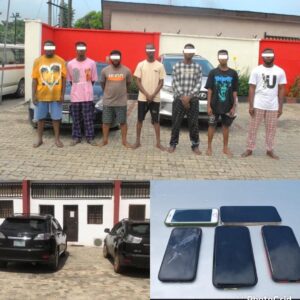