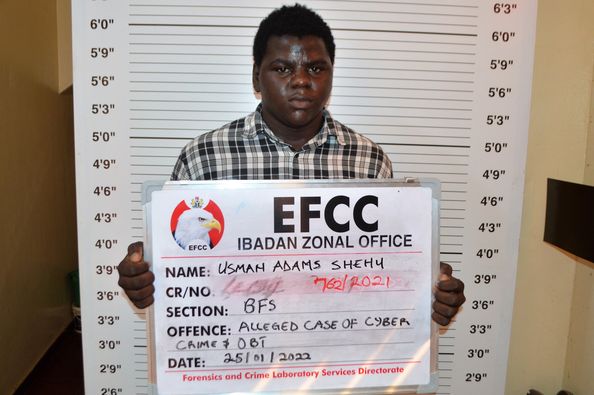 Share
The Economic and Financial Crimes Commission, (EFCC) has arrested six internet fraudsters on charges bordering on fraudulent impersonation and internet related fraud across Oyo and Ekiti States.
The apprehended six suspects included:  Ahmed Abiona, Owoade Elijah, Oriade Oluwatobiloba, DavidTaiwo,  Usman  Shehu, and Waris  Adeyemo.
As disclosed by the anti-graft agency’s social media handle, five of the convicts were prosecuted before Justice Nathaniel Ayo-Emmanuel of the Federal High Court, Oshogbo, Osun State.
On the other hand, Taiwo popularly known as Jeff Wood was prosecuted before Justice Babs Kuewunmi of the Federal High Court, Ado Ekiti, Ekiti State.
The suspects were said  to have pleaded guilty to their respective one-count charges  when it was read to them in the language that they could understand after which they were convicted accordingly. 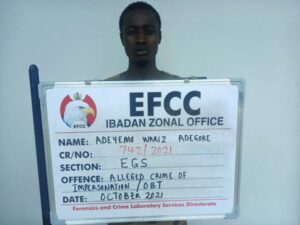 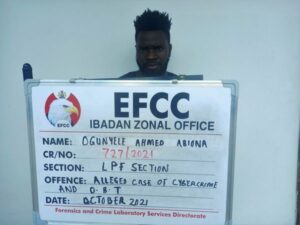