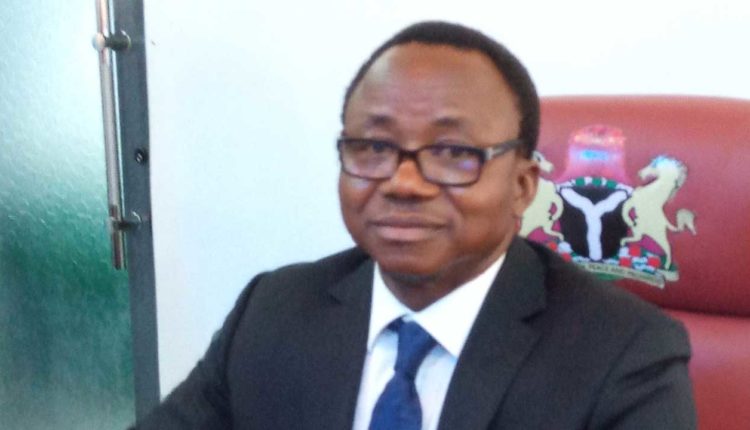 The Edo State Government has announced that Speaker of the state House of Assembly, Frank Okiye, has tested positive for coronavirus, and that plans had been concluded to commence his treatment and prevent possible spreadof disease in the state.

This came after the government earlier announcement that its Governor, Godwin Obaseki, had gone into self-isolation, to determine his status following the spread of coronavirus amongst notable politicians, in a move which it said was aimed at preventing spread of the virus in the government house and among the people of the state.

It stated that the governor’s recent meetings and close contact with his counterpart from Bauchi State, Bala Muhammed as well as the Chief of Staff to the President, Abba Kyari, who have both tested positive for the deadly global pandemic, necessitated his decision to self isolate and submit himself for testing.

Briefing journalists on  status of the speaker’s health in the State capital, Benin, on Wednesday, Deputy Governor, Philip Shaibu, explained that adequate measures were being put in place to mitigate spread of the global pandemic and ensure that citizens of the state are safe from infection.

According to him, Okiye who recently came back from the United Kingdom, went straight into self-isolation upon his return at the Irrua Specialist Hospital, Irrua, Esan Central Local Government Area of the state, and that the speaker was yet to exhibit any symptoms and is in a stable condition following his tests result being positive.

Shaibu stated that test results for his wife and daughter whom the speaker had been in contact with, came negative, while assuring residents of the state to remain calm as government was working to break the disease’s cycle of transmission.

“He sent his sample for testing and the test came back positive. He is in a stable condition and his family members have been tested and the tests came back negative,” the deputy governor said.