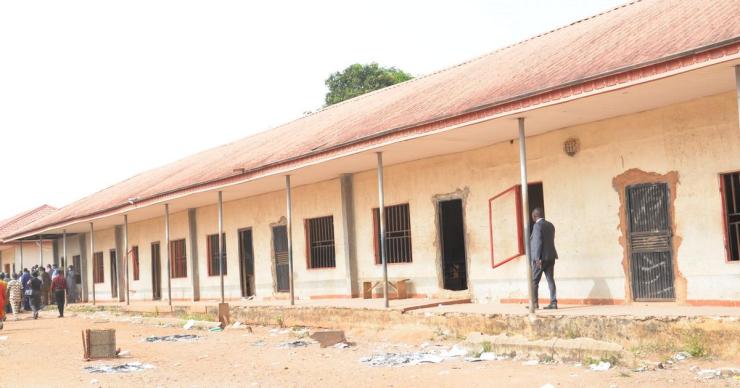 The Edo State Government has shut down Idogbo Secondary School in Ikpoba-Okha Local Government Area of the state after the students attacked the principal, teachers, and a police officer within the learning facility.

It said that the closure of the learning facility would be indefinite and that the time would allow for investigations and rehabilitation of the school after being vandalized by the rioting students.

The facility was shut down barely 24 hours after the Nigerian Police arrested and detained at least 45 students over their alleged involvement in the crisis that crippled learning within the secondary school.

The Commissioner for Education, Joan Osa-Oviawe, announced the closure on Thursday in Benin, the state capital, after the State Governor, Godwin Obaseki, visited the premises with his aides to assess the extent of the damages done on the school.

Osa-Oviawe said that the state government would take serious action on the crisis in the school in order to serve as a deterrent to others planning to embark on similar actions.

Some students had, on December 3, chased away one of the police officers brought in to maintain sanity as well as vandalized property in the school, as they were about to take their first term examinations.

She said: “We condemn, in strongest terms, what those students did. It is unacceptable. We have zero-tolerance for the destruction of government property.

“The students and their parents are going to be held accountable for this. Somebody has to pay for the repairs and it will not just be the government.

“So, the school will be shut down and we will regroup and reorganize. If you go to the school, what was destroyed will cost a minimum of N30 million, and that is a very conservative estimate.

“Government is not going to start putting money that would have been used for other schools or things. So, all the parents of the students in that school are going to be held responsible,” the commissioner added.

Osa-Oviawe said that another approach would be to expand the school infrastructure to make learning more conducive for the students.

“We want to strengthen the curriculum and amenities in that school and other schools so that students are gainfully engaged throughout their time in school.

“Sporting activities will also be reintroduced in the school, along with experts in guidance and counseling. The fifth pillar of ‘EdoBest’ is value. We want to ensure we bring back value into our system. Discipline is going to be restored in that school and all our schools across the state,” she added.