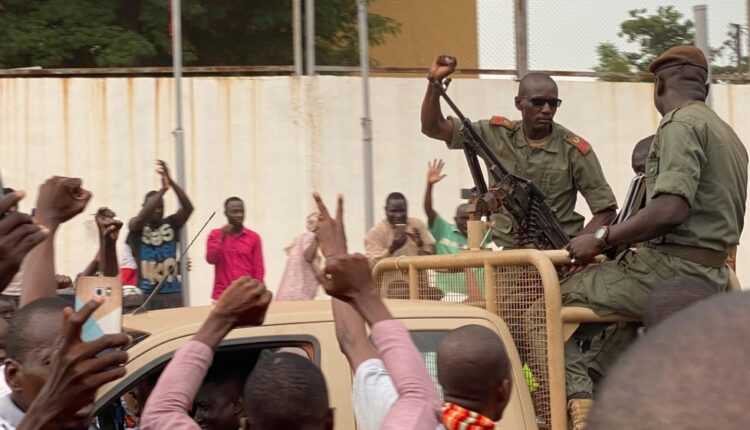 Economic Community of West African States (ECOWAS) has suspended the Republic of Mali from its decision making bodies and ordered all member countries to close land and air borders with the country after the detention of President, Boubacar Keita by mutineer soldiers.

The West Africa regional body also demanded the immediate release of all cabinet members detained alongside the president.

Keita, had announced his resignation from his position after he was detained by the mutineers, an action, he said was to mitigate further political crisis in the West African country following continuous protests.

He explained that the need to mitigate plunging the country into more political turmoil necessitated his decision and as part of measures to prevent riot and bloodshed across the nation.

Announcing his resignation on Tuesday’s midnight, the former president said though the military’s action was condemnable and uncalled for in a democratic setting, the collective wish of the people must be allowed to prevail.

Keita who spoke through a brief statement broadcast on national television said that he has decided “to give up my duty from now on.”

“Today, certain parts of the military have decided that intervention was necessary. Do I really have a choice? Because I do not wish blood to be shed,” he said.

However, it is unclear if the military is now officially in charge of the country.

Earlier on Tuesday, Keita and Prime Minister Boubou Cisse were detained by soldiers in a dramatic escalation of a months-long crisis in the country, a development which came hours after soldiers took up arms and staged a mutiny at a key base in Kati, a town close to Bamako.

Meanwhile, the soldiers have announced that the would take “transitional” power after the president’s resignation.

Announcing the formation of the National Committee for the Salvation of the People (CNSP) on national television, the Deputy Chief of Staff of Mali’s Air Force, Colonel-Major, Ismael Wague, explained that the CNSP would lead the volatile West African nation until such times when general elections were scheduled.

“We, the patriotic forces grouped together in the CNSP, have decided to take our responsibilities before the people and before history. ,” Wague told

“The CNSP was aiming for “a civil political transition” and would hold general elections “within a reasonable timeframe.

“A military coup had been necessary because Keita’s government had led Mali into “chaos, anarchy, and insecurity,” Wague said.