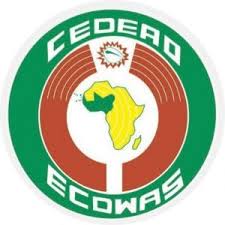 The Economic Community of West African States (ECOWAS) has appointed the President,  Muhammadu Buhari, as coordinator of the region’s joint response against Covid-19.

The Special Adviser to the President on Media and Publicity, Femi Adesina, said that the decision had been taken during an extraordinary summit in which leaders of the organization had elected Buhari to head West Africa’s coronavirus response.

Adesina confirmed Buhari’s appointment through a post released on his social media page on Thursday, and added that ECOWAS member states had, during the video conference summit, pledged to support the president in fight against the global pandemic in the region.

He added that the president is expected to coordinate West Africa’s response to the viral infection with aid from his counterparts in neighboring countries.

“ECOWAS leaders at an extraordinary summit held by video conference have appointed President Muhammadu Buhari as Champion that will coordinate the COVID-19 response in the sub-region. All the other Presidents will be available to support President Buhari”.