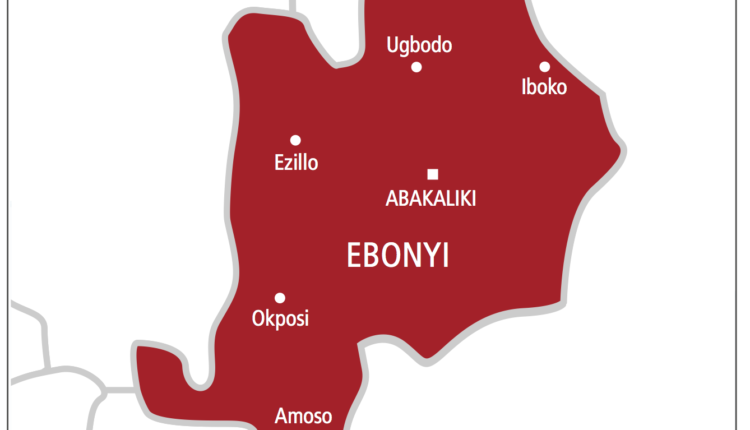 This past month has been, in the assessment of many, the most turbulent and challenging period in the history of the almost 25 years old Ebonyi State. It was the longest one month as the vile and unjustifiable indiscretion of some individuals in a remote part of Enyibichiri in Ikwo Local Government Area of the State snowballed into a fratricidal war in the immediate area concerned and unprecedented violent attacks on persons, looting and destruction of properties in and around the Abakaliki Capital City.

At the cessation of hostilities, a yet to be determined number of persons, including children, were either killed or are still missing. This dark patch of history not only unsettled the serenity that Abakaliki, the State Capital, is noted for but severely jolted the ancestral bond between two of the largest and most illustrious clans of the State: Ikwo and Izzi.

This inexplicable and avoidable carnage was as much a dent on the image and reputation of the two clans as it has serious security and economic consequences for Ebonyi State. The narratives of the massive socio-economic foundation that has been laid by the administration of His Excellency, Engr (Chief) David Nweze Umahi, FNSE, FNATE, were, even if briefly, punctuated by tales of killings, abductions, and destructions. This angle coming at the heels of the Ezza and Ezza Effium crisis, Ishinkwo and Abaomege debacle, and the atrocious attacks by marauders suspected to be Fulani herders have the ominous effect of scaring off the much-coveted indigenous, local, and foreign investors from a State which the present Governor has gone the extra lengths to provide the requisite facilities as catalysts for a viable and enduring economic growth.

From the ashes of this gloomy picture is an optimism fanned by the fact that the most prosperous States and, or, Nations are the ones that learnt from their misfortunes, rekindled their determination to succeed, and took measured and conscious steps to forestall the repetition of their charred experience. The fortunes of the developed economies of today owe their accelerated rise to the policies and efforts that were made after destructive conflicts. Ebonyians can draw inspirations from those success stories as the route to greatness is never straight. There are bound to be bends and curves.

Governor Umahi deserves a lot of commendations for the dexterous manner he has handled all the crises that have reared their ugly heads in the State recently. His order for the arrest and detention of the leaders of the various communities involved in the crises elicited divergent interpretations from those directly or remotely concerned. It should, however, be noted that in crisis management, desperate situations may elicit measures that may be considered desperate. Every strategy adopted by a leader, in the circumstance, must be such that is aimed at quelling the crisis and dousing tension at all reasonable cost.

The arrest of some stakeholders had the immediate impact of not only assuaging the grief of those that lost loved ones and properties but also kept those detained out of danger as many of them were prime targets for reprisal attacks.

While Governor Umahi, the Deputy Governor, the Speaker of Ebonyi State House of Assembly, the Christian Association of Nigeria (CAN), Ebonyi State Chapter, and other well-meaning leaders of the State toiled relentlessly to restore security and order in the State, the absence of complementary efforts by the National Assembly members from Ebonyi State and other self-styled opposition elements is as worrisome as it is significant.

Apart from Comrade Chinedu Ogah, member representing Ikwo/Ezza South Federal Constituency who convened a peace parley at ‘Ukwu Mango’ village arena, Ohatekwe Enyibichiri, it is not on record that any National Assembly member, particularly the representatives of the people of the restive areas, ever made any effort to intervene and reconcile the warring communities. The numbness of leadership by these persons who, at their convenience, claim to be the directly elected representatives of the people is greatly responsible for the escalation of the numerous internecine wars amongst their constituents.

As people who go to the grassroots to seek the support of the electorates during elections, the least that could have been expected would have been constant meaningful reconciliatory meetings and collaborations to address and resolve any primordial or contemporary animosity. This would have nipped in the bud the recent conflagrations instead of acting like cancerous vultures that patiently look forward to the death of a sick animal.

As the 2023 general elections approach, the electorates and the political gladiators should know that only the living votes and only the living can be voted for. It is absurd to be interested in only plotting how to induce people to vote for one during the ballots in 2023 instead of being part of the current plot to eschew the preponderance of violence and caskets in the villages, communities, and constituencies.

Since only peace can guarantee a meaningful existence in this transient life, let Ebonyi people appreciate the fact that at no time in its history has the State been better positioned to achieve the dreams of its founding fathers than at this period that Governor Umahi has placed the interest of the people above politics.

The bridge to a glorious destiny, and which must be guarded jealously, is enduring PEACE. It is very heartwarming that peace has fully returned to Ebonyi State again.

The emergent best investment hub in Nigeria is now stronger, better, and more receptive to investors and tourists alike.