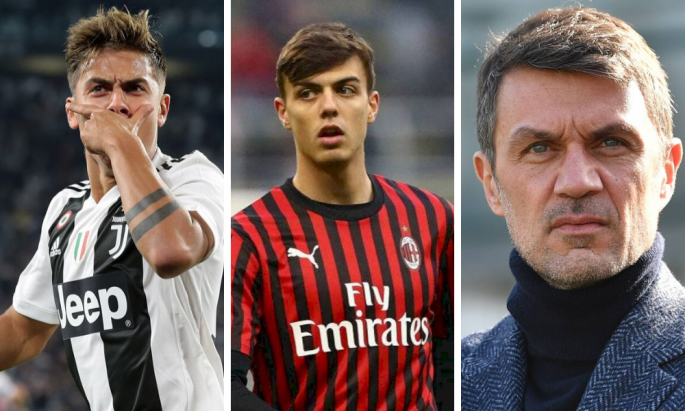 Argentina striker Paulo Dybala and AC Milan technical director, Paolo Maldini, have been diagnosed with coronavirus, after testing positive to the deadly disease in Italy.

Also diagnosed with the disease on Saturday were Dybala’s girlfriend, Oriana and Maldini’s son, who plays for the Italian giant’s youth club.

With Dybala’s test confirming his status, he became the third Juventus player to test positive for coronavirus since the league, Seria A was suspended following the virus outbreak in the country.

“Hi everyone. I just wanted to let you know that we have received the Covid-19 test results and that Oriana (Sabatini, his girlfriend) and I are positive,” the 26-year-old Dybala tweeted.

According to the Argentine forward, fortunately, we are perfectly fine. Thank you for your messages.

Reacting over his status, his club, Juventus, said that Dybala had been self-isolating since Wednesday after symptoms started emanating.

“He will continue to be monitored. He is well and is asymptomatic,” the club said in a statement released few hours after Dybala’s confirmation.

Later, AC Milan said Maldini, a former defender with the club before retiring to take up other roles, and his 18-year-old son, Daniel, a youth team player, were also battling the disease.

“Paolo and Daniel are both well and have already completed two weeks at home without contact with others,” said a statement from AC Milan.

“They will now remain in quarantine until clinically recovered, as per the medical protocols outlined by the health authorities.”

Maldini, 51, is considered one of the greatest defenders of all time after he won five Champions Leagues with Milan and appeared in 647 matches.

Juventus teammates Daniele Rugani and Blaise Matuidi have also tested positive for the disease which has claimed almost 800 lives in Italy.