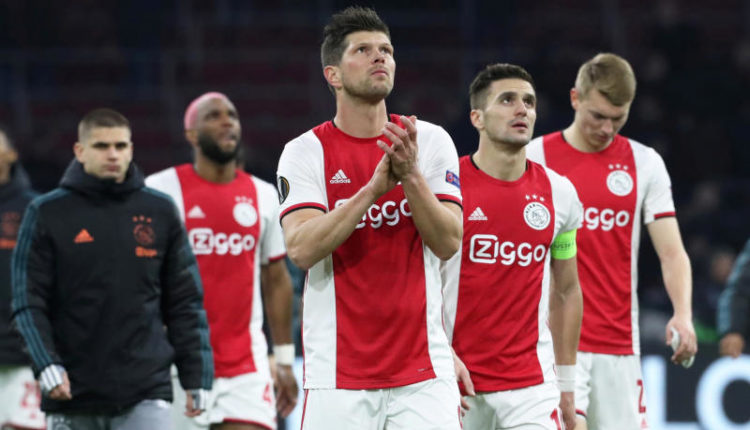 Following the increase in cases of coronavirus globally, the Dutch Football Federation has announced that it is ending the 2019-2020 football season in the country, a decision which has put a dent on Ajax football club title hopes.

It explained that the decision had become imperative after the deadly respiratory disease has infected 2.7 million infected globally, with almost 750,000 and 190,000 fatalities due to the pandemic.

The football federation said the decision was reached with approval from major stakeholders who maintained that social distancing directives from the government must be adhered to as part of measures to flatten the curve of the virus.

The football association, through a statement, released to newsmen on Friday, said with the decision, the Eredivisie became the first top European league called off due to the coronavirus pandemic.

It added that no team will be declared champions after Ajax and AZ Alkmaar were left level on points at the top of the table. Ajax was top of the Eredivisie table, ahead of AZ Alkmaar on goal difference, with nine rounds of matches to play when the season was suspended.

“Unfortunately, given the measures (banning large-scale gatherings) taken by the government, it became impossible to finish the 2019-2020 season,” the KNVB said in a statement.

Recall that Football activities had been grounded in Europe since mid-March following the breakout and spread of the virus across the continent.

However, Germany is preparing to resume the Bundesliga on May 9 behind closed doors, if the government gives the green light.

Players in France could begin to return to training starting May 11, if lockdown restrictions are eased, while La Liga is also planning for clubs to resume training early next month.