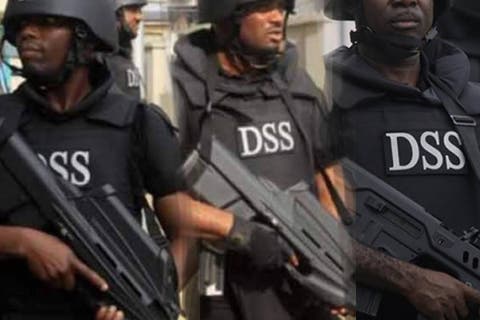 In a bid to mitigate total breakdown of law and order in the country, the Department of State Services has urged Nigerians to desist from making inciting statements capable of disrupting peace and stability across the nation.

It explained that the call had become imperative following a former Deputy Governor of the Central Bank of Nigeria, Dr Obadiah Mailafiya, comments on the ongoing Southern Kaduna crisis, which it claimed was capable of inciting violence.

The security service noted that it was disappointing that despite Mailafiya’s access to a cross-section of the security agency, the former CBN boss chose to the wrong channel in commenting on developments in Souther Kaduna and northeastern part of the country.

Through a statement on Friday by its spokesman, Dr. Peter Afunanya, the DSS noted that Mailafia’s desperate efforts to exploit his position in ‘taking advantage of developments in the country’ were regrettable.

He added that the statements were ‘part of the orchestrations was to engage in divisive acts as well as use inciting statements to pit one group against another’.

“With the latest occurrences in the country, Nigerians may have no reason to doubt the Service’s earlier pronouncement. Dr. Obadiah Mailafiya’s recent outburst aimed at playing to the gallery and creating unnecessary tension is a confirmation of his group’s desperation to breach the peace.

“Similarly, the Service also wishes to warn others, who in the guise of political mobilization and supposed pursuit of group interests, engage in hostile and subversive activities, to desist forthwith from advancing their inimical and parochial causes.

“The Service will not stand idly and watch disgruntled and aggrieved elements take laws into their hands and cause mayhem in the polity. In line with its mandate of detecting and preventing threats and crimes against the internal security of Nigeria, the Service hereby reiterates its previous warning that it will henceforth not condone unruly conduct of persons and groups that ought to know better.

“In this regard, it will not hesitate to, within the confines of the law, decisively deal with such persons and/or groups, no matter how highly placed, that may wish to test its resolve. It will, nonetheless, continue to support participatory democracy in the country and therefore urges all players to abide by the rules of the game,” the statement read.