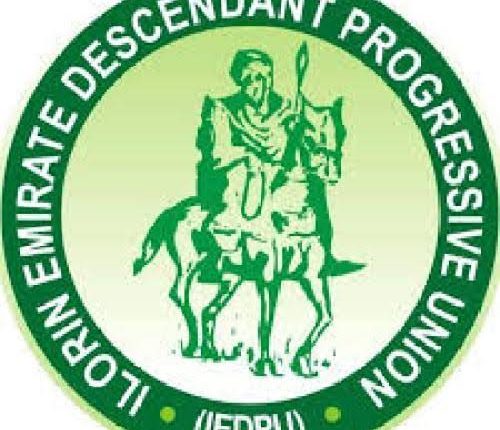 The elected members led by its National President, Otta Usman, a retired Director, Department of State Services (DSS), who was sworn-in at the 54th National Conference of the Union after their election, will be expected to bring their wealth of experience garnered from different fields to improve Ilorin in another two years.

At the swearing-in ceremony for the IEDPU new executive members, Provost, College of Law, Kwara State University, Malete, Prof. Abiodun Amuda-Kannike, charged the newly-elected leaders to work for the progress and development of Ilorin Emirate.

Amuda-Kannike, who swear-in the executives, urged that they guide themselves with the Union constitution in all their official activities.

Usman, responding on behalf of their members in a statement issued by the union’s National Publicity Secretary, Abubakar Imam, commended members for finding him and his colleagues worthy of piloting affairs of the union.

While assuring that the executives will work assiduously towards improving Union’s image and financial base, the national president hinted that one of their major tasks would be for IEDPU to attain financial autonomy and regain status in the state.

According to him, we are not in office for what to gain but to serve IEDPU in order to bring progress and development to Ilorin Emirate community.

The national president appealed to members to forget and forgive whatever misgivings they may have against one another.

Declaring that the electioneering processes had ended, Usman urged members to forget the process and work together as brothers to achieve desired goal for IEDPU.

“Without peace and unity, there will be no progress and development in any association or state,” the national president added.

He appealed for amendment of IEDPU constitution in order to align with contemporary development and respond to challenges.

Usman also thanked his immediate predecessor Y.O. Ahmed and his team for all they achieved during their tenure for the Union.

He urged them to ensure that the financial records of the Union were put in proper shape so that he and his team would know what and what are needed to be done financial wise.

While paying glowing tributes to Union’s founding fathers, he commended all past executives of the union for their sacrifices and contributions, which has boosted the Union status.

Earlier, a Member of the Ad-hoc Electoral Committee, Yinusa Kobebije, formally declared the Winners of each of the contested positions as each of the newly-elected Official stood-up for recognition to the applause of members who graced the ceremony.

He, however, appealed for review of election process, saying though the election was hitch-free there was no provision for electoral materials.

Immediate past National President of the Union, Ahmed, thanked members for the privilege he was given to serve the Union and the community in the last year.

He enjoined them to cooperate fully with the new National President and his team so that they can keep the flag of the Union flying.