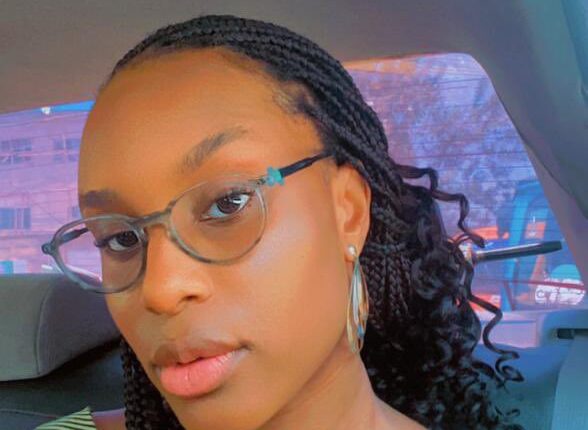 Of the many shocking stories to come out of Nigeria last week, easily the most puzzling was why a woman suddenly alighted from a Lagos taxi last Thursday, briskly walked over to the railings of the Third Mainland Bridge and jumped into the lagoon. Lagos State Emergency Management Agency [LASEMA] search and rescue teams were still looking for her remains at the weekend while police were yet to confirm the motive.

The woman was later identified as Adetutu Adedokun, estimated to be in her late thirties. That means she was not too young to know what she was doing. Even more shocking was the revelation that she was an “unarmed combat instructor” of the Department of State Services, DSS. Is that right? Secret police agents are supposed to be tougher, smarter and better equipped than most other citizens to handle shock, stress and trauma. Still worse, it was revealed that DSS’ Director General recently awarded her a letter of commendation for being “the best-unarmed combat operative” in her set. Maybe DSS will now reexamine its criteria to include stress management ability.

As if that was not bad enough, Miss Adedokun was said to have recently gotten engaged. A video of the fabulously surprise event that heralded her engagement went viral on social media at the weekend. Maybe it was a shattering turnaround from that happy event that drove her to suicide because a taxi driver testified that she was having a hot argument with her fiancée before she alighted from the cab and jumped into the lagoon. That was terrible. The worst thing the fiancée could possibly have said on the phone was that the engagement was off and he was no longer going through with the marriage, I think. Shocking though that could be to an eager young woman, it only needed time for the shock to cool off. Reconciliation was entirely possible. But not now, since she has done what the teacher Jeremy Brown in the British sitcom Mind Your Language once called a permanent solution to a temporary problem. She jumped to a conclusion, literally.

I saw Adetutu’s pictures splashed in the newspapers. As a former man about town, I thought, “She was very attractive. So what even if the fiancée called off the engagement? There must be many other men waiting to step into his shoes.” When her remains are found, pathologists should try to determine if there was a pre-existing condition, while the cops must find out who was the alleged fiancée and what exactly it was he said on that phone.

Dr. Doyin Okupe, Director General of the Obi/Datti presidential campaign, also jumped to a conclusion when he said last week that his Labour Party will not take part again in presidential debates unless the rules are made very clear that presidential debates are for presidential aspirants. Okupe was miffed that Governor Ifeanyi Okowa, running mate to PDP candidate Atiku Abubakar, appeared on the same stage as presidential candidates Peter Obi, Rabi’u Kwankwaso and Kola Abiola of LP, NNPP and PRP respectively at the Arise TV/CDD debate. Okupe was more forgiving of APC, which did not attend at all and did not send anyone to represent Asiwaju Bola Tinubu.

Okupe is right that at this stage, the other three have higher profiles as presidential candidates than Okowa. But if like me, you are a Viewer From the Gallery, you will be more interested in what Okowa had to say because his party’s ticket has an off-chance of winning the election. A normal Nigerian cynic will say, what is the use of listening to a very eloquent candidate with a very good manifesto who has no chance of winning the election? Better listen to this man even if he will only be the vice president because at least that counts for something.

Why did APC stay away? According to its campaign spokesman Festus Keyamo, it was because there were many invitations and it did not want to honour one invitation only to fail to honour others. That may not be APC’s real reason. From what we know of the psychology of Nigerian politicians, the APC candidate considers his ticket to be by far the front-runner in this race. Although the media recently speak of “four main candidates” in this race, APC leaders think only of themselves and to a lesser extent, the PDP ticket are in the reckoning. By attending a debate with the others, you are giving them undue credit to stand shoulder to shoulder with you and pretend that you are political equals. No Nigerian politician wants to do that.

Don’t forget, in 1999 when NTA scheduled a debate between the two presidential candidates of PDP and APP/AD, Chief Olusegun Obasanjo failed to turn up and left the stage entirely to Chief Olu Falae. NTA had to later organize a lone “debate” for him with himself. In 2011 too when a certain TV channel organized a debate, I can’t remember President Goodluck Jonathan turning up.

More than that, a competent campaign organization must weigh the relative strengths and weaknesses of its candidate and choose only the platforms that offer him or her the best opportunities to excel. Why should you expose your candidate to a platform that will do him political damage, just to please the organisers of that forum? A campaign team knows if its candidate is photogenic, eloquent, a quick thinker, has a husky or guttural voice that does not sound good on the radio, is stuttering, has a slurred speech, is short-tempered, or is given to gaffes. Nothing to be ashamed of here. In 1992, there was an open squabble between President Bush Senior and challenger Bill Clinton’s camps over the US presidential debate format. Each side pushed for adopting a format that would favour the personal qualities of its candidate. When Bush’s team rejected a certain debate format that they believed favoured the quick-thinking Clinton, Democrats sent activists to storm Bush’s next rally, raising a tall effigy of Chicken George and saying he chickened out of the debate.

Nothing jumped to a conclusion in Nigeria in recent weeks as much as the naira. Hot on the heels of the announcement of an impending currency redesign, it fell in value against the dollar so fast on the black market that the traders themselves confessed that they were confused. At one point it was selling for more than N900 to the dollar. Then at the end of last week, there was a sudden rebound and the naira was back trading at N710 to the dollar on the black market. What happened? Did someone pump dollars into the economy, or did production in the Nigerian economy suddenly ramp up within one week, the condition that economists had been saying for years was necessary in order to improve the exchange rate? We will soon know the truth.

Anambra State Governor Charles Soludo jumped to a conclusion of his own last week when he said the investments made by one of his predecessors “is worth next to nothing.” Not difficult to see which predecessor was that; one of LP presidential candidate Peter Obi’s oft-repeated campaign talking points was that he made useful investments during his tenure as the state’s governor in 2006 to 2014. Soludo however said on Channels TV, “I don’t know about the investment…There was something I read about somebody speculating about whatever investment. With what I’ve seen today, the value of those investments is worth next to nothing. So, let’s leave that aside.” Obi was in APGA when he ruled Anambra State. So also was Willie Obiano, who succeeded him. So also is Soludo. If Obi’s total investment achievements amounted to nothing, then why is APGA still ruling Anambra State? What is the guarantee that the Soludo Solution will achieve more than that in the next four or eight years?

PDP presidential candidate Atiku Abubakar jumped to a conclusion of his own when he said last week that he plans to move the Ministry of Niger Delta Affairs from Abuja to the Niger Delta region if he wins the presidency. I doubt if location is the main problem of federal ministries. Even if you move Ministry of Industries into Ilupeju Industrial Estate, move Health Ministry into Aro Psychiatric Hospital premises, move Defence Ministry to Sambisa and move Water Resources Ministry to the flooded banks of River Niger in Lokoja, will that solve any problems?

Former APC national chairman Adams Oshiomhole also jumped to a conclusion last week when he said if he is elected senator next year, “I want to be a senator, not a senator sharing grinding machines for widows, buying motorbikes or Keke Napeps for 10 out of 10,000 youths. I don’t need to be a senator to support widows and youths. I have done that and I am still doing that…”

What will he be doing instead? That, “I am troubled by the way we manage our budget at the National Assembly. I want to go there and argue on the floor of the Assembly that we should change our budgetary system. Our budget must work for the people.” Osho Baba, Nigerians long ago redefined legislators’ functions from law-making to sharing Keke Napeps and irrigation pumps. If you are going to stand up on the Senate floor and blow hot ASUU-type grammar, be prepared to be among MPs’ 80% casualty rate every four years.